Errol Spence must fight Thurman to keep his WBC title

By Adam Baskin: Errol ‘The Truth’ Spence Jr has a dilemma with Keith ‘One Time’ Thurman. It’s either Errol defends against former WBA/WBC 147-lb champion Thurman or gets stripped of his WBC title and loses out on the opportunity to face WBO champ Terence Crawford for the undisputed next year.

If Spence isn’t to fight Thurman, then he might as well forget about facing Crawford next year because they wouldn’t be for the undisputed championship that they’d originally planned.

There would only be three belts on the line, and the winner would need to circle back and possibly fight Thurman for the WBC title if he picks up that strap.

The WBC has already ordered Spence (28-0, 22 KOs) to defend against Thurman, the mandatory, and that puts Errol in a situation where he must face him to keep the belt.

While IBF/WBA/WBC welterweight champion Spence might not want to help Thurman (30-1, 22 KOs) out by giving him a title shot after the way he didn’t give him a chance to battle for a belt in 2016 when he held a title; sometimes you got to do what you’ve to do.

Ideally, Spence would probably prefer to leave Thurman out in the cold, turning his back on him for the ultimate payback, but it would be a self-defeating move on Errol’s part if he were to do that because he won’t have the chance to become the undisputed next year.

As such, Spence has to take a grown-up look at it and forget what happened in the past. If the shoe were on the other foot, Thurman would give Spence a title shot because he doesn’t seem petty and an unforgiving individual.

Thurman is training now, getting to either fight Spence or one of the top contenders if the WBC belt is tripped from Errol by the World Boxing Council if he chooses not to defend against Keith.

Some would argue that the REAL reason Spence doesn’t wish to fight Thurman is that he’s not sure he can win. So because of that, Spence uses his past grievance with Thurman as an excuse to avoid a potential loss. However, it looks weak on Spence’s part because the boxing public sees through that smokescreen. 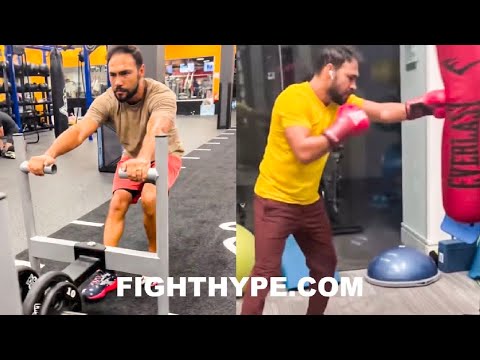 
« What Country Has the Most World Boxing Champions?