By Barry Holbrook: Roy Jones Jr. says he’s relieved that Anthony Joshua didn’t take the fight with WBC heavyweight champion Tyson Fury on December 3rd because he feels he wouldn’t have been ready to face the ‘Gypsy King’ after his second defeat at the hands of Oleksandr Usyk.

Jones agrees with promoter Eddie Hearn that Joshua (24-3, 22 KOs) needs a small break from boxing after the loss to IBF, WBA & WBO champion Usyk last August because if AJ were to take a fight against Fury now, he would essentially be “the same guy” that got beat.

Roy is hoping that the 33-year-old Joshua will agree to train with him so that he can instill his vast warehouse full of knowledge for the struggling former unified champion.

At this point, Joshua is badly in need of a coach after losing three out of his last five fights.

Although Joshua looked a little better under the helm of trainer Robert Garcia for his rematch with Usyk last summer, but he still showed many of the same flaws in his game as he’d shown with his previous coach Robert McCracken.

“We have a potential conversation, and I told him that I think it’s a great thing for him. I think that Eddie [Hearn] told him not to fight for a little while, and I think that was a great idea because why go back to being the same guy?” said Roy Jones Jr to iFL TV about him wanting Anthony Joshua to take a break following his loss to Oleksandr Usyk last August.

“Go back and work on yourself and then come back and fight and that makes more sense. So, I told him that; I said, ‘You know what? I’m really glad you’re not fighting because if you go fight again, it’s going to go further down the same road you’re on.

“No, I’m glad it didn’t because to me right now, he wasn’t ready to go into that fight, especially coming off of a loss. So let’s give him a chance to get back to being himself, being the best Anthony Joshua you can be. Then you go fight Fury.” said Jones Jr about his belief that Joshua wouldn’t have been ready to face Tyson Fury on December 3rd.

“Fury is not one of those guys you just going to beat if you’re not at your best. You need to be better than your best to beat Fury. Do you understand me? You don’t take a fight with Fury coming off of a loss. no. We don’t do that. That’s almost disrespecting the game because Fury is too good for that. So I’m glad he’s not fighting Fury.

“No, it wouldn’t have happened that well for him because, like I said, I don’t want him coming off of a loss. I want you to come at Fury off of a win. You need all the confidence and everything else that you can get to fight Fury. You can’t fight Fury with nothing missing. 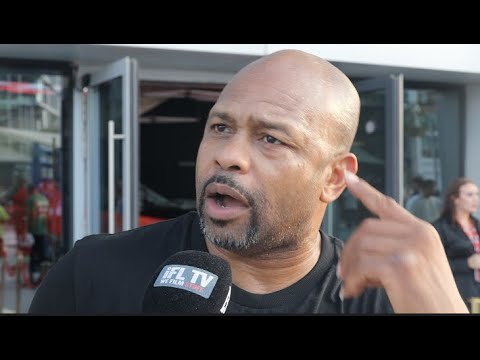 
« The story of Joe Joyce

Spence vs. Thurman expected to be ordered by WBC today at convention »