Jaime Munguia needs to move to 168 for better fight

By Craig Page: Jaime Munguia needs to move up to 168 in 2023 to get the bigger fight to capture a world title. There are bigger paydays and fights at 168 for Munguia if he’s ready to move up in weight next year.

If Munguia (41-0, 33 KOs) chooses to stay put at 160, he could fight for a title against WBO middleweight champion Janibek Alimkhanuly, but he’s shown no desire to face the undefeated Kazakh despite being ranked #1 with that governing body.

It seems obvious that the promoters for Munguia are keeping him at 160 with the idea of waiting out the current aging champions, Gennadiy Golovkin and Jermall Charlo.

If Munguia stays at 160 fighting weak opposition long enough, Golovkin & Charlo will retire or get so old that he can easily pick them off.

Of course, this move could fail for Munguia because younger fighters with more talent and charisma than him will emerge in a year or two and grab the titles out from under his nose at 160.

The Golden Boy-promoted Munguia, 26, had a chance to fight former WBO 160-lb champion Demetrius Andrade but wisely chose not to. You can understand why Munguia didn’t fight the tricky southpaw ‘Boo Boo’ Andrade, as he likely would have been embarrassed.

Staying at 160 is a waste of time because it’s obvious that Golovkin and Charlo aren’t going to fight Munguia. After all, he’s more trouble than he’s worth. Even if the 40-year-old Golovkin and Charlo fought him, the money wouldn’t be huge, and the risk would be high.

Given Munguia’s built-up 41-fight resume, filled with obscure lesser opposition from top to bottom, he’s not popular enough for Golovkin and Jermall to face him.

“He did call out GGG; not the first time he mentioned names,” said  Akin Reyes to DAZN Boxing. “There comes the point where talk is cheap; I want to see some action.

“The fight needs to be made against Demetrius, GGG, Jermall Charlo. Somebody that we know is a threat.”

Well, Munguia had the chance to fight Andrade, and he chose not to take it. That decision not to face Andrade hurt Munguia’s popularity, such as it is and has slowed his progress to becoming a star.

If possible, DAZN should have vetoed Munguia fighting Coria and refused to put that dreadful fight in the main event because it did nothing for their platform.

“I just want to know if he wants to fight in better competition,” said Barak Bess about Munguia.“

“What is he going to do? Wait for everyone to leave because he’s the youngest guy? There are no showcase fights after 40 wins, 40 victories. 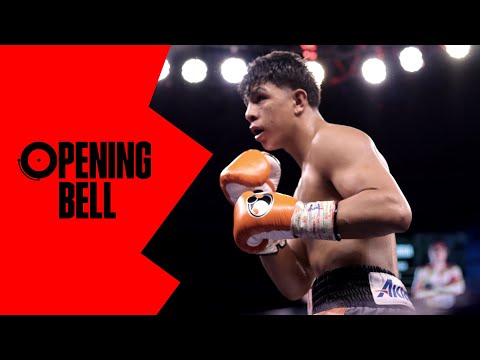 
« Shakur Stevenson complains about Pitbull Cruz & Zepeda not fighting him