Dmitry Bivol can become undisputed in 2 weight classes in 2023

By Sean Jones: Dmitry Bivol has the opportunity to become a two-divison undisputed champion in 2023 by beating Canelo Alvarez for his super middleweight belts and unified three-belt 175-lb champion Artur Beterbiev.

If Bivol can beat Canelo in May for his undisputed championship at 168, and then IBF, WBC & WBO light heavyweight champion Artur Beterbiev later in the year, he would become the first person in men’s boxing to accomplish that.

Right now, it’s questionable whether Canelo will give the green light to fight Bivol at super middleweight to take his undisputed title. We know that Canelo wants the rematch with Bivol next May, but he hasn’t said whether he’d be willing to fight at 168.

Canelo lost to Bivol at 175 last May, getting badly schooled by the WBA light heavyweight champion at the T-Mobile Arena in Las Vegas.

“Dmitry Bivol is now the leading candidate for the Fighter of the Year after his decisive decision win over Gilberto Ramirez, but Bivol wants more. Bivol says he wants legacy-defining fights at this point in his career, and after back-to-back wins over Canelo Alvarez, he is now in the position to get them,” said Chris Mannix to DAZN’s JABS. “What is the biggest legacy fight for Dmitry Bivol?”

“I love an Artur Beterbiev fight. It’s one of the best fights that can be made in boxing, and it would solve the problems of the undisputed at 175 pounds. But I’ll tell you what. I think a Canelo Alvarez rematch is a bigger legacy fight for Dmitry Bivol, and I think he should do it at 168 lbs.

“Dmitry Bivol is in a unique position where he can actually become the undisputed champion in two weight classes in two fights in one year. Dmitry Bivol drops down to 168 in his next fight and fights Canelo Alvarez, he could fight Canelo for all four belts at 168.

“If he wins, he’s undisputed. In his next fight, he could go back up to 175 and face Artur Beterbiev and become undisputed at light heavyweight. That is unprecedented. That is punching your ticket to the Hall of Fame kind of stuff.

“It’s more likely at this point that we see Canelo vs. Bivol than we see Beterbiev vs. Bivol because Beterbiev right now is pretty much locked into a match-up with Anthony Yarde in the first quarter of 2023.

“If he fights Yarde, he’s not going to be available until August, September, or October. Bivol doesn’t want to wait that long. Why not go into a rematch with Canelo Alvarez at a new weight class with new rewards at stake?

“Bivol has already said many times in the past that he would be willing to drop down to 168 for the right fight. This is the right fight. Take on Canelo Alvarez at super middleweight. Challenge him for all four belts of his titles, and then move back up and challenge Beterbiev for three of his.

“He’d [Bivol] be chasing undisputed at super middleweight as well, and he’d be able to do it in just one fight. You’re overlooking the greater point. Beterbiev is unlikely going to be available. I was told explicitly by Top Rank officials that.

“He has surgery on his wrist. I talked to Eddie Hearn about this, and he talked to Canelo. Canelo said he’ll be back in training by the end of December, and he would theoretically be ready to go in May.

“So that fight could be available in May. I don’t believe the Beterbiev fight will be there. I think he’s going to fight Anthony Yarde over in the UK, and still equally important, can you really count on Artur Beterbiev to be available?

“The guy has had to withdraw from several fights due to injuries. Canelo Alvarez is there, and if the fight’s available at 168 pounds, I think you do it. You make a huge payday, and you put yourself in a position to become a four-belt champion in two weight classes in two fights.

“Imagine having the chance to fight for all four titles in one weight class in one fight and passing it up. Who would do that?” said Mannix. 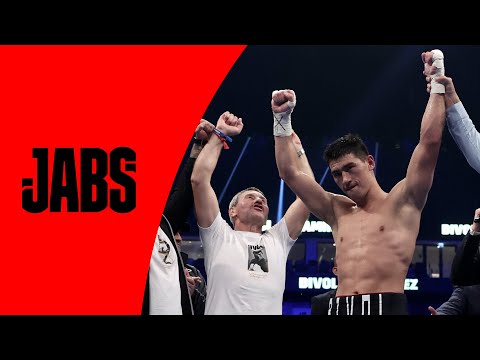