By Charles Brun: Derek  Chisora believes he’s got it in him to defeat WBC heavyweight champion Tyson Fury by knockout on December 3rd at Tottenham Hot Spurs Stadium in London.

In looking at how slow Chisora is, his chances of knocking out Fury are poor. In the last few years, Chisora’s hand speed has disappeared, and he looks like a shadow of his former self.

Chisora losing three out of his last four fights makes him a poor opponent to be given a title shot, as that’s being rewarded for failure.

The only win Chisora has had in the last three years was a questionable 12 round split decision over Kubrat Pulev last July in London.

Many boxing fans felt that Pulev deserved the win in that fight because he out-landed and outworked a very, very tired, slow & old-looking Chisora.

If you take the win away, Chisora has his last four fights and is given a title shot against Fury rather than undefeated contenders like Joe Joyce, Frank Sanchez, and Filip Hrgovic.

In other sports like the NFL and basketball, you don’t see teams going to the championship games after repeatedly losing the way Chisora has. It shows you how different boxing is from the more heavily followed sports.

The only sanctioning body that has Chisora ranked in the top 15 is the WBC, and it’s troubling that they have him ranked given his lack of success in his last four fights.

“I am the happiest person. He’s bipolar because he doesn’t know if he’s coming or going,” said Chisora about Fury. “The guy is a great fighter. He’s gone in a bigger hole and come out a bigger hole and proven everybody wrong.

“You have to take your hat off when people do good. We’ll never know. We don’t know,” said Chisora when asked if Fury will be good as he was in their second fight in 2014.

“I know he’s good on his back foot, good at going forward, on the inside, and is a bully in the ring, which is good. You can only adapt yourself when you get in the ring with a man like that.

“I’m not allowed to answer anything about what Frank said. It’s in the contract. They’ve got so much bitterness about Anthony Joshua, and I don’t know why,” said Chisora about some boxing fans that believe that he’ll do better against Fury than Anthony Joshua would have.

“Is it because more and more liable than Tyson Fury? I was trying to get that fight, but they said, ‘No, I’m not on their radar,” said Chisora about Deontay Wilder. “They ended up fighting some white guy [Robert Helenius].

“You end up fighting your sparring partner and end up beating him by pushing him. I think Deontay Wilder is really emotional. I think Tyson did damage to him. You say hello to the guy, and he starts crying.

“Well, don’t go in the f***ing ring,” said Chisora in reacting to being told that Wilder got emotional talking about fighters getting hurt in boxing.

“You got into the ring tog et paid, mother f***er. It’s a gladiator sport, bro. Don’t go in the ring. People shouldn’t go into the ring if they’re really emotional. If they think they’re going to do damage to other peoples’ kids, don’t do it.

“Just retire from boxing and live your life. Because they’re p***sy’s, that’s why,” said Chisora when told that some boxing fans suggested that he retire following a career-best win over 41-year-old Kubrat Pulev.

“God will tell me it’s time to stop, and I will stop. A great fight. I have to win by knockout,” said Chisora about his fight with Fury on December 3rd. “100%. Yeah,” said Chisora when asked if he’s got the ability to knockout Fury. 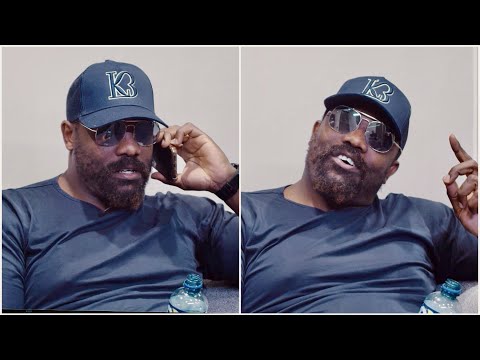 Spence vs. Thurman approved by WBA »