By Vince Dwriter: As the co-feature of DAZN’s Dillian Whyte vs. Jermaine Franklin event, 27-year-old Fabio Wardley defeated Nathan Gorman, as Gorman’s corner threw in the towel in the third round, and as a result, Wardley collected the victory and the vacant British heavyweight title, at the Wembley Arena in London.

Nathan Gorman (19-2, 13 KOs) came out in the opening round, and he took control of the bout by immediately establishing range and distance. Gorman got off to a solid start as his jab was effective, and his right uppercut was pinpoint and accurate. 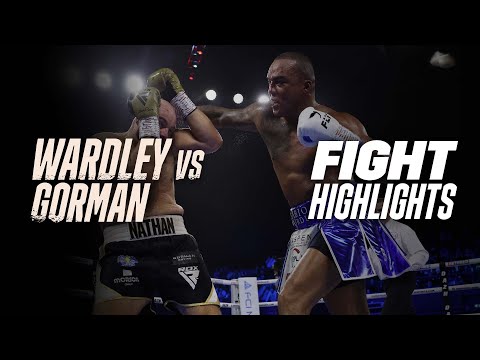 During the first minute of the second round, Gorman seemed to be in control of the round until one of the punches he landed caused Wardley’s nose to bleed. Wardley became very aggressive as he proceeded to press forward and land a combination that put Gorman on his back foot.

Gorman was in survival mode as he landed a big left hook, but Wardley would not be denied as he knocked Gorman down for a second time when he landed a right hand to the side of the head with 25 seconds left to go in the second round.

Fortunately for Gorman, he made it to the third round, but midway through the third, Wardley connected with a right hand that sent him down to the canvas for the third time. Once again, Gorman was able to rise to his feet, but after Wardley hit him with two additional right hands, his corner threw in the towel.

The stoppage gave Fabio Wardley a TKO victory and the British heavyweight championship. It seemed like a premature stoppage by the corner, but they probably did the right thing due to the fact that Gorman was standing on unsteady legs with 30 seconds left to go in the round.

With the victory, Fabio Wardley (15-0, 14 KOs) earns an impressive win against a formidable opponent. During his post-fight press conference, Wardley verbalized what the win means to him, and he also spoke about the evolution of his boxing career.

“I said there on the edge of the apron, there after, I did my post-fight interview that I can take on anything. The sky is the limit.”