By Dan Ambrose: Andy Ruiz Jr says he spoke to Andy Joshua last Saturday night in Abu Dhabi, asking him point blank for a trilogy match between them.

Ruiz says Joshua told him that he would contact him “soon” about a third fight between them. Joshua (24-3, 22 KOs) needs one or two good tune-up fights to prepare him to face the elite after his consecutive losses to Oleksandr Usyk. 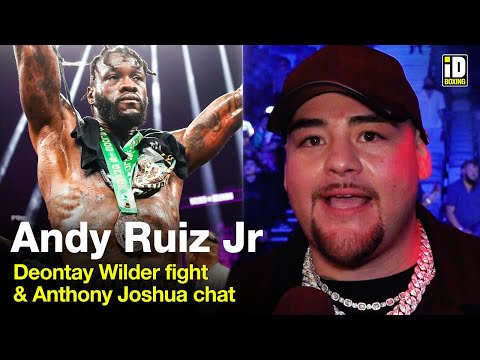 Former unified heavyweight champion Ruiz (35-2, 22 KOs) hasn’t done quite enough since his one-sided loss to Joshua in their rematch in December 2019 to interest the boxing world, particularly the Brits.

If Joshua were to fight Ruiz now, it would look like a money-grab, similar to Tyson Fury’s trilogy against 38-year-old journeyman Derek Chisora on December 3rd.

“I told him, ‘What’s good? Let’s make that trilogy, bro.’ He’s like, ‘Hey, I’m going to contact you soon, bro,'” said Andy Ruiz Jr to Fight Hub TV about his approaching Anthony Joshua last Saturday night in Abu Dhabi to ask him for a trilogy fight.

“Well, whatever,” Ruiz said when asked about his interest in a fight against Deontay Wilder. “Whatever gives me the chance to become a champion again, that’s exactly what I want. But, of course, in my heart, I do want a trilogy because, in my last fight against him, that wasn’t the Andy Ruiz.

“I want to conquer the WBC belt. That’s the belt I’m interested in. That’s what I’m going to work on.

Ruiz hasn’t done enough since the one-sided defeat against Joshua to warrant a third fight. It will not sell to the British boxing public on PPV because it’ll be viewed as a mismatch due to how the second fight between them played out. 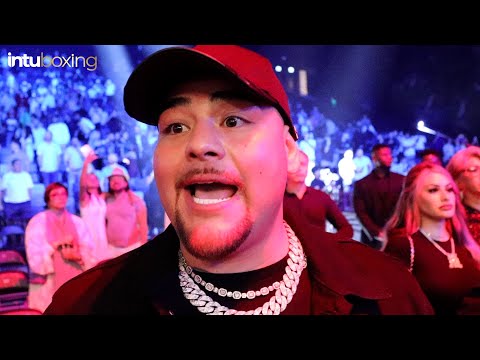 Obviously, Ruiz isn’t going to fight any of those guys because the chances of him losing would be too high, and he wants the third payday against Joshua in the worst way.

You can’t blame Ruiz for pushing for a trilogy with Joshua, but it would be a waste of time for Joshua to accommodate him because it’s pretty obvious that he’s been purposefully taking easy fights to avoid losing and wrecking his chances for a trilogy.

In other words, Ruiz is following the same formula that Gennadiy Golovkin used to get a trilogy match against Canelo Alvarez. Instead of taking on high-caliber opposition for the last four years, Golovkin took non-risky fights, which some fans felt was so that he wouldn’t wreck his chances for a third payday against Canelo.

Ruiz seems to be doing the same thing, which is why there’s little to no fan interest in seeing the third fight between him and Joshua. It would be a different story if Ruiz beat some good heavyweights, but it doesn’t seem willing to do that.

“I think it was an awesome fight. I think Bivol did his thing. I think Zurdo needed to pressure a little bit more and not fight with his back feet,” said Ruiz about WBA light heavyweight champion Dmitry Bivol’s win over mandatory challenger Gilberto ‘Zurdo’ Ramirez last Saturday night in Abu Dhabi.

“I think he needed to pressure him and break him down. I think that should have been his game plan, breaking him down from the beginning and throwing his combinations.

It sounds like Ruiz is blaming Gilberto Ramirez’s loss on the time of the fight, and that’s silly. The way painfully slow Ramirez looked, he would have lost to Bivol no matter what time they fought. Zurdo Ramirez just wasn’t good enough, and no amount of excuses from Ruiz or his fans are going to change that.

“Bivol did his thing. That’s why speed is so important,” continued Ruiz. “We had to, throwing our combinations, but Bivol, it was his day. But one loss is nothing. It just gives us the motivation to continue more,” said Ruiz.

Ramirez’s loss to Bivol was more important than Ruiz thinks because it was the first time in his thirteen-year career that he fought a good opponent.

Before this fight, Ramirez had been fighting beatable contenders since turning pro, and he’d captured his WBO super middleweight belt against the over-the-hill, undersized former middleweight champion Arthur Abraham in 2016.

After that win, Ramirez fought mostly opposition that was no real threat to beating him. Ramirez never mixed it up with the elite at 168, and when he moved up to 175, he continued to follow that pattern.

It’s fair to say that if Ramirez fights any of these light heavyweight contenders, he’ll lose just as badly as he did against Bivol:

“That’s because it’s two different styles,” Ruiz said when asked if Bivol looked better against Ramirez than he did against Canelo Alvarez last May.

“I think Zurdo made it easy for Bivol because he didn’t pressure him. He threw a lot of combinations, but Zurdo did really good. I think that would be a really good fight,”  said Ruiz when asked about his thoughts on a potential rematch between Canelo and Bivol next year.

“I think Bivol is getting a lot of experience now, fighting a lot of Mexicans as well, tough Mexicans, but he’s good. He has a good amateur style. That’s what makes it hard to hit him, too,” said Ruiz. 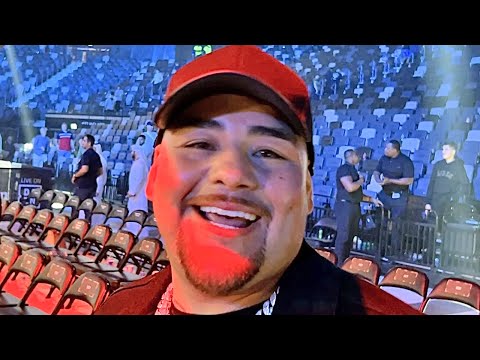