Teofimo, 25, is taking a risky fight in taking on the experienced former two-division world champion ‘Sniper’ Pedraza (29-4-1, 14 KOs) because this is a guy with more technical ability than Teo, and with the kind of game that could frustrate him similar to what George Kambosos Jr did in that cold, clammy night 2021.

This is only the second fight for Teofimo at 140 after moving up in weight following his loss to Kambosos.

Unfortunately, Teofimo didn’t look so great in his debut in the division last August. He had a harder-than-expected time beating second-tier fighter Pedro Campa by a seventh-round knockout.

Campa frequently landed through Teofimo’s porous defense, and if not for his lacking of punching power, he might have done a job on the New York native.

In looking at Teofimo’s performance, he showed no improvement in his fight with Kambosos. You have to conclude that Teofimo’s game is largely static at this point, frozen, and not likely to improve.

The idea Top Rank has is to have Teofimo battle for one of the belts at 140 in 2023. If he loses, it’ll be interesting to see what happens.

“Four of boxing’s mega talents, headlined by the great Teofimo Lopez, will be in action December 10 at the iconic Madison Square Garden. This will be a special evening,” said Top promoter Bob Arum.

“Lopez is targeting a junior welterweight title shot in 2023, and Jose Pedraza is a Puerto Rican warrior hungry for another world title opportunity.”

It’s important that the 22-year-old Jared look good in this fight because he was getting hit a lot in his last bout against Miljan Rovcanin last August.

In that performance, the 6’4″ Anderson looked nothing like the future heavyweight champion that his brother Bob Arum and Tyson Fury are touting him to be.

Perhaps the most talented fighter on the undercard is 154-lb prospect Xander Zayes taking on Alexis Salazar in and right round bout. 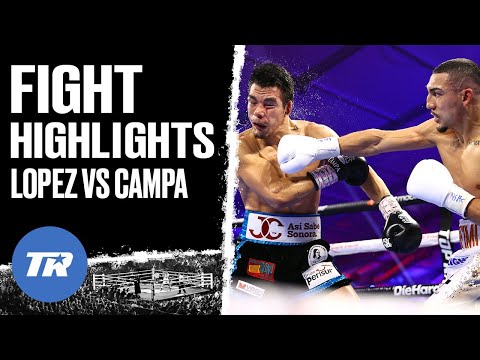 
« BLK Prime’s Signing Of Adrien Broner Could Persuade Other Boxers