By Dan Ambrose: Ryan Garcia showing signs of sheer panic about his big-money fight against Gervonta ‘Tank’ Davis is on the verge of going down the drain.

Garcia (23-0, 19 KOs) posed his concerns on social media tonight, saying that “We gotta get this BS figured out.” The problem doesn’t appear to be coming from Ryan’s side with DAZN.

Showtime executive Stephen Espinoza spoke today, hinting that Ryan Garcia will need to make the jump from DAZN to their network for the fight to get made.

That obviously isn’t going to work, as DAZN wants it to be a co-promotion, and they’re not going to let Ryan jump ship to fight on Showtime.

Espinoza pointed out that it’s the promoters that are directing things, which suggests that Tank Davis’ management at Mayweather Promotions and PBC are the ones that want it to be on Showtime exclusively without DAZN’s involvement. That’s never going to work.

DAZN has been broadcasting Ryan’s fights on their platform, and they’re not going to let him go over to Showtime for the biggest fight of his career against Tank Davis.

With Ryan being seen as having almost no chance of winning by boxing fans, that’s one more reason why it’s important that DAZN make it a dual promotion because his career will be in a bad shape if he loses to Tank Davis.

If all that’s left of Ryan after that fight is a less popular Kambosos-esque fighter, he will not be worth much to DAZN.

“We look at where there have been co-promotions, it’s been in the biggest events of all time,” said Stephen Espinoza of Showtime to Fight Hub TV.

“It’s hard to explain how much more difficult it is going through with a partner joined a the hip with every single discussion. We saw crazy results with Mayweather-Pacquiao, like with the tickets not being on sale until fight week just to pick one.

There are a lot more complications than ‘let’s do it together.’ It does affect a whole range of aspects and makes things more difficult. Then there’s the aspect of,  ‘is it necessary?’

“So if I’m Ryan Garcia, I’m asking, ‘Wait a minute. So this guy can go across, and Anthony Joshua, who is critical to the business, he can go somewhere else. I get a life-changing experience and the most important fight of my life, and I don’t have the flexibility to go?'” said Espinoza.

As you can see, Espinoza is making it quite obvious that he wants Ryan Garcia to jump ship and come over to Showtime so that they can do a single promotion and broadcast without DAZN.

That’s not going to happen, and if they’re going to be spinning their wheels in negotiations, hoping DAZN will let Ryan come over to Showtime, they’re wasting their time. Showtime, Mayweather Promotions, and PBC might as well move on already because the fight won’t happen.

“There’s one side that’s made the offer,” said Espinoza. “Tank’s side has made the offer. They’re driving the business offering. They have a certain view on how the network should work. I don’t, and that’s where things are.

“DAZN is going to insist on being involved in a certain way. That may or may not kill the opportunity. I don’t want that to happen. We’re working for that not to happen, but at the same time, there are certain business realities.

“Mayweather Promotions is definitely involved in this. They’re part of the negotiations. No one wants to be an obstacle in this, but at a certain point, there are business realities.

“I would say it’s close. There are a handful of issues. Some of them big and some of them small,” said Espinoza. 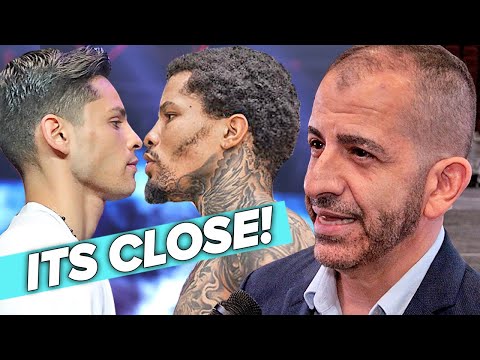