By Gav Duthie: Back in 2011, ‘The Nordic Nightmare’ was considered one of the biggest heavyweight prospects in the sport. With his stature, power, and skills, many thought he might be the one to take over from the Klitschko brothers.

Around this time, at 16-0 (11), he had already stopped 3 ex-world champions in Siarhei Liakhovich, Samuel Peter, and Lamon Brewster retiring the latter for good permanently damaging his eye. At the back end of that year, despite beating Derek Chisora, the hype train was somewhat derailed due to the gift of a decision, with most ringside viewers feeling Chisora’s punches landed of 278 to Helenius 140 being more than enough to win him the fight.

A patchy period then followed with the Swedish/Finnish fighter battling with injury and contract disputes. He fractured his right arm in the aforementioned Chisora fight and then his hand two bouts later against Del Boy’s compatriot Michael Sprott with another relatively below-par performance. 2 years out of the ring followed his 2013 fight with Sprott due to a dispute with promoters Sauerland. After gaining his release, he fought three low-key contests before facing Frenchman Johann Duhaupas to regain his former status five years prior in 2016 before the Chisora fight with the WBC silver title on the line. This would have put him in a position to fight Deontay Wilder back then, as he had won the full WBC title a year prior. Wilder had just defeated Duhaupas at the back end of 2015 despite a valiant effort from the Frenchman.

Helenius was expected to win this and, to be fair, performed relatively well, but he couldn’t keep Duhaupas off him. Helenius was dropped in the 4th and then knocked out in the 6th round after a straight 1-2 combination.

18 months and 3 wins later, he was back fighting for the WBC Silver title in one of the laziest performances I have seen in the ring. He lost a 12 round lopsided decision to Dillian Whyte. He seemed content to just be in there, pick up a cheque and not take too much damage.

This was followed by a split decision victory over Bykhautsau, a 10-14-3 record journeyman with Helenius skills proving to not be enough when married with such a low punch output. In fairness, he rematched him and won a slightly more convincing decision and then was the first to stop drug cheat Erkan Teper regaining him some sort of credibility.

It was almost a year later before he faced former title contender Gerald Washington but was again stopped flat on his back after a 1-2 by the American. This looked to be the end of the Nordic Nightmare, but two stoppage wins over Adam Kownacki have put him back in the frame for a shot at a title.

If there is any good time to fight Deontay Wilder, it would be now. Helenius has a strange style; he is upright and stands square on. Wilder has a four-inch reach advantage, and his best weapon is the straight right hand which has already been potent in stopping Helenius by lesser punchers than ‘The Bronze Bomber.’ The Helenius that faced Dillian Whyte is no longer there now he seems to understand that this is his last chance, and I feel we will see the best of him next week. Whether that will be enough or not, we will find out. 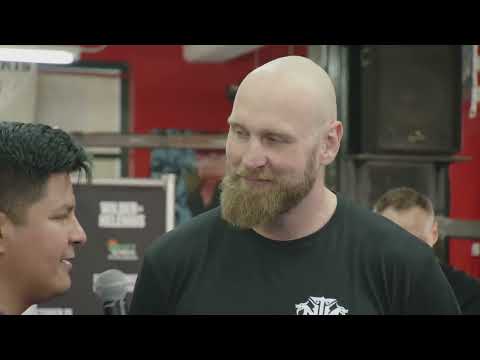