Legendary Trainers I Have Met Over the Years!

By Ken Hissner:  Since visiting mostly Philly gyms upon leaving the Army in 1967, I started going to “Smokin” Joe Frazier’s gym and the legendary 23rd PAL, both in north Philly.

I remember trying through Dugent trying to get the license of Harris, 24-1 (9), back after it was detected he was blind in one eye. In March of 1967, he scored his biggest win in a non-title fight with WBA/WBC Welter champ Curtis Cokes in New York.

At Frazier’s gym on North Broad St., I met Eddie Futch, who was working with both Frazier and Monroe. We talked about his boxer Hedgemon Lewis, 53-7-2 (26), whom I would do an article on later how he set the stage for “Sugar” Ray Leonard with his style of boxing.

I met Jesse Reid when he came to Philly with boxers with Jesse Burnett in 1979 to fight Jerry “The Bull” Martin. Reid trained almost 20 boxers, including champion’s brothers Gaby and Orlando Canizales. Also, Rodolfo Gonzalez, Paul Spadafora, Gaby and Orlando Canizales, Roger Mayweather, Johnny Tapia, Reggie Johnson, Calvin Grove, Frank Tate, and Lamon Brewster. I did an article trying to get him and referee Steve “double SS” Smoger into the IBHOF, which the latter eventually entered, but Reid still waiting.

I met Manny Steward at the ESPN tournament in July of 1985 in Atlantic City, New Jersey where his fighter Joe Johnson lost to Ramon Santana, and a boxer I entered Bruce “Sugar” Williams defeated the tourney favorite Glenn Smith. I would bring Steward back to AC to work with Williams in the final round to work the corner not having trained him losing in an extra eleventh round. Steward would take Williams back to Detroit to finish out his career. I would also have Steward, and legendary amateur trainer Joe Clough who trained at the Tacoma Boy’s Club Davey Armstrong, Johnny Bumphus, Rocky Lockridge, “Sugar” Ray Seales, and Leo Randolph put in their opinions on an article I did comparing the 1976 and 1984 Olympic teams.

Clough was then in Thailand working with boxers. 8-3 for the 76 teams were the final results.

Meeting one of the most interesting trainers and people in boxing, the legendary trainer Cus D’Amato in Scranton, PA, in 1980, where his boxer Kevin Rooney fought, led me to a visit to Catskill, New York, where they lived in September where I met amateur boxer Mike Tyson.

We watched films that his future manager Jim Jacobs supplied in his “Greatest Films of the Century.” Tyson loved watching heavyweight champion Jack Dempsey, no robe and no socks, as he entered the ring.

The Hilton family from Montreal, Canada, were there with their dad Davey who always wanted D’Amato to train him. He brought his son’s boxers Davey, Matthew, and Alex, with him. I sat up with D’Amato from 9 pm to 3 am listening to his stories of those he trained, such as world champions Jose Torres, Floyd Patterson, and working with Tyson.

The mob had light heavy champ Willie Pastrano and only allowed Torres to fight him for the title if D’Amato was not in the corner per Cus. He had a number system painted on the heavy bag, and sitting near the corner; he would call out the numbers to the trainer filling in to relate to Torres, who would win the title that night.

D’Amato talked about how after not in the corner of Patterson after the latter’s loss how, when being interviewed, he was asked about his fight, and he pointed to Cus standing in the back, saying, “Cus may know why I lost.” Cus asked, “did you have your special shoe (one leg was shorter than the other)?” Patterson replied, “no, Cus!” Cus said, “that’s why your back went out on you.” Cus was a “genius!” I once did an article on him, “Mind over Matter!”

The last trainer I want to mention who may not be a legend yet but will be when his son Jaron “Boots” Ennis, 29-0 (27), wins the welter title.

Last but not least, there was Steve Traitz, Sr., whose gym in Eagleville, PA, called the Montgomery Boy’s Club was nearby where I lived and visited it on a regular basis. His amateur team had 1981 National Golden Gloves champ “Big” Joe Thomas, 23-2-1 (19), son’s Stevie, 21-1 (19), and Joey, 2-0 (2), whose career ended with a freak accident injured nose. All three, along with Louie Rivera and Drew Polly were PA GG champs. Traitz also had former heavyweight champion Pinklon Thomas working with Thomas. He also trained light heavy champ Matthew Saad Muhammad at the end of his career. 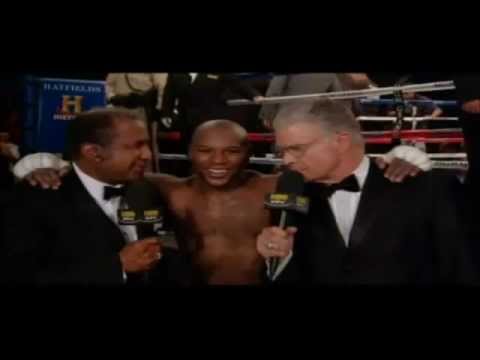