Gilberto Ramirez on Dmitry Bivol: “I will break him down”

By Sean Jones: Gilberto ‘Zurdo’ Ramirez says he’s going to break WBA light heavyweight champion Dmitry Bivol down next month in their fight on November 5th on DAZN at the Etihad Arena in Abu Dhabi.

The former WBO super middleweight champion Ramirez (44-0, 30 KOs) says he will use his size advantage over the unbeaten Bivol (20-0, 11 KOs) in his favor to wear him down.

Ramirez, 31, is essentially a cruiserweight, who has been taking advantage of his huge size for the weight class to crush his smaller opponents since moving up to 175 in 2019.

“Of course, this is an advantage that I have with my size, and it’ll be like what happened with Canelo. He was bigger, Dmitry Bivol, and this time I will be the bigger guy with the longer reach,” said Gilberto Ramirez to Prodigy of Boxing Talk about his November 5th fight against Dmitry Bivol.

“People want to see this fight, and it’ll be amazing. It’ll be interesting because he’s a good boxer. I’ll be looking for a body shot, but this time, it’ll be different because I will break him down. I will be in the best shape & condition that I’ve always been in.

“It’s motivating for me that Roy Jones talks about me,” said Zurdo Ramirez when told that Roy Jones Jr said that he can win if Bivol isn’t on his A-game on November 5th.

“He’s the champion, and he beat one of the greatest [Canelo Alvarez] in boxing. I want to be a legend, and that’s why I want to fight with the best. I will do my best all the time, and I love this sport too.

“I think a lot,” said Zurdo Ramirez when asked how much attention his fight with Bivol is getting in Mexico. “Canelo is one of the greatest in the sport.

“All the people that follow Canelo, now they know Dmitry Bivol. It’s good because they know the potential Dmitry Bivol has, and they’ll see the full potential that I have,” said Ramirez. 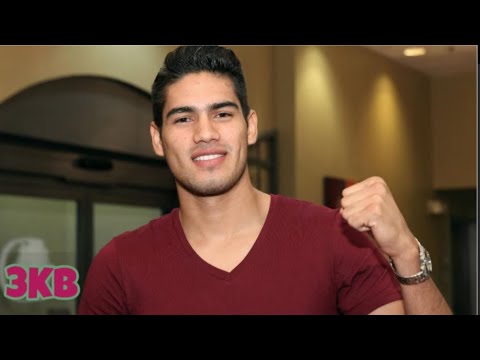