By Barry Holbrook: Eddie Hearn believes there could be contamination during the testing of Conor Benn that resulted in his positive test for the banned drug clomifene in the lead-up to his canceled fight with Chris Eubank Jr.

Benn has already relinquished his boxing license in the UK while the investigation is going on.

With that said, Hearn states that Benn’s B-sample collected by VADA will likely be the same as the A-sample. Of course, that doesn’t mean that contamination still didn’t occur during the testing procedure that was done in the laboratory.

“The levels in this amount, surrounded by the other testing that took place, would lead to suggestion of contamination of some kind in his test,” said Eddie Hearn to ID Boxing.

‼️Statement from the BBBofC on the Conor Benn situation. Benn gave up his licence prior to a hearing at which the board upheld misconduct allegations against him… pic.twitter.com/kc1Opb8BLo

“The B sample will only come back necessarily negative if there’s been a mistake or contamination in the laboratory. It’s the same sample. So 99.9 percent of the time, the B sample will be exactly the same. It’s been requested. I would expect it to come back positive as well.

“That’s another reason why I believe he’s innocent,” said Hearn about the absence of excuses by Benn. “The easy way out in this situation for Conor Benn is to come up with an excuse that would either get him off the hook or give him a shorter suspension time.

“He doesn’t want to lie in this situation. I’ve had these conversations with him in the office a dozen times, with his dad, with Tony Sims. They’ve been emotional, they’ve been violent, they’ve been all these different things, and I believe this young man. Whether it’s because I have scientific information that you don’t, that’s just how I feel.

“So give him the chance, and he’ll come before you guys, but ultimately, he still has to explain himself. The results are the results, and we have to get to the bottom of it. 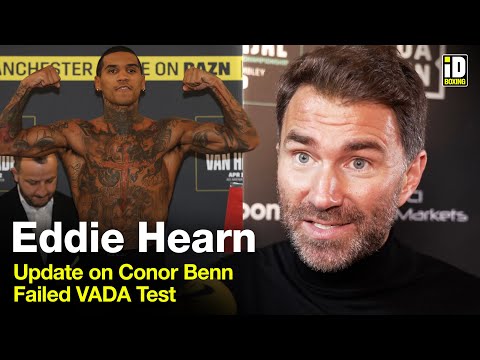 BLK Prime’s Signing Of Adrien Broner Could Persuade Other Boxers »