By Charles Brun: UKAD is said to be stepping in to investigate Conor Benn’s positive VADA drug test for clomifene and could face a ban of up to four years.

That said, it’s highly unlikely that a popular fighter like Benn (21-0, 14 KOs) will be suspended for four years after his first positive test for a banned drug.

A four-year ban would be a disaster for Benn’s career, and it would be a major blow to Matchroom Boxing, as he’s one of their biggest stars even though he’s never beaten a top-tier welterweight.

If Benn were to receive a four year ban, it’s unrealistic to think he would be able to come back from it to be the fighter he is now.

If the 26-year-old Benn is going to be suspended, it would probably be a short one of six months, which is about the amount of time he takes between fights.

Benn, thus far, hasn’t confessed to using clomifene, but he’s not said why the drug was found in his system. That’s not something that would normally be found in a man’s system.

With clomifene a banned substance on the World Anti-Doping Agency list — the fertility drug is classified under hormone and metabolic regulators and can increase testosterone in men — Benn could be hit with a ban of up to four years if he is unable to prove his innocence or give mitigating circumstances for the positive test,” said Sportsmail.

“That will clear the way for UKAD to step in, and Sportsmail has learned the organization do want to press ahead with an investigation.”

“People will want to know an explanation or a resolution. That’s when we talk about the British Boxing Board of Control with VADA. Under their rules, they can’t and won’t suspend him,” said Eddie Hearn to iFL TV about Conor Benn’s positive test.

“When I say the British Boxing Board of Control doesn’t recognize VADA, that’s just a fact. It has nothing to do with the quality of VADA.

“You have a young fighter [Benn] who protests his complete innocence in this situation, and that process is to be dealt with by Conor Benn. He’s got a very tricky time coming up. Conor Benn is not suspended,” said Hearn. 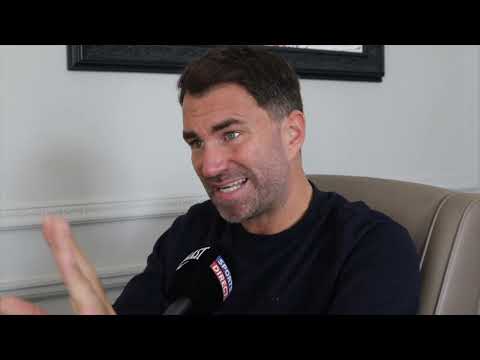