By Charles Brun: Chris Eubank Jr posted a video on social media of him making the rehydration clause weight today for his now-canceled/postponed fight against Conor Benn.

Interestingly, Eubank Jr (32-2, 23 KOs) weighed in at 159.3 lbs, which leads some to believe that the rehydration clause was only three pounds at 160 from the catchweight of 157 lbs. That means Benn had the deck stacked totally in his favor for this fight.

If that’s accurate, it’s insane that Eubank Jr would agree to such a low number for a rehydration clause. Benn’s promoter Eddie Hearn had said that the rehydration clause was around 10 pounds, but if that were true, why did Eubank Jr weight in at 159.3 lbs on Saturday morning?

He wouldn’t do that unless the rehydration clause were only 3 lbs, which is an insanely low number. How in all that’s good does Eubank Jr agree to a dehydration clause of 160 lbs for the Benn fight?

“I said I was going to be on weight on Saturday, so I made the weight,” said Eubank Jr on Twitter.

Eddie Hearn didn’t say anything about the true weight for the rehydration clause, but it would be tragically bad if it were only three pounds at 160.

Why would Eubank Jr ever agree to a rehydration clause of only three pounds after already agreeing to a 157-lb catchweight for the fight? On top of that, Benn failed the VADA-conducted drug test, testing positive for the banned substance clomifene. Had Eubank Jr gone through with the fight, he would have been really up against it.

If the fight is rescheduled later, Eubank Jr needs to be more assertive by rejecting a catchweight and strength-draining rehydration clause because that’s really asking for it by agreeing to those things. Also, Eubank Jr should insist that Benn be drug tested year-round by VADA to ensure that he’s clean.

Eubank Jr obviously still wants the Benn fight because it would give him a huge payday against a guy that is basically a novice in the sport. It’s a total massacre on paper unless Eubank Jr is weight drained or if Benn tests positive again.

It’s understandable why Eubank Jr would want to reschedule with Benn because he’s not going to make this kind of dough fighting anyone else. 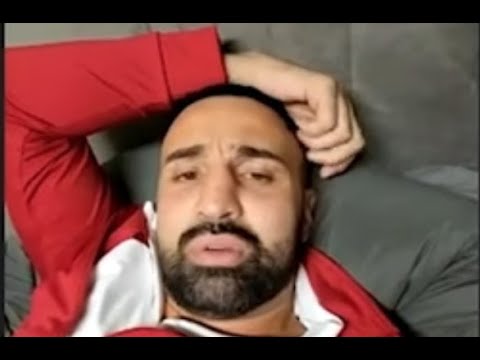