In an interview with Thaboxingvoice, Bill brought up how Haney (29-0, 15 KOs) looked at the weigh-in for his last fight against George Kambosos Jr on October 15th.

Bill says with the holidays approaching, Devin is going to want to eat, and that’ll put weight on him. In other words, it could be even more difficult for Haney to make weight for his next fight at 135, be it against Lomachenko or one of the other contenders.

From what Bill is saying, it sounds like Haney could vacate his four belts and move up to 140, where it’ll be easier for him to make weight. It’ll be convenient for Haney because he’ll not have to worry about fighting Lomachenko and possibly losing.

If Haney vacates, Paulie Malignaggi’s prediction about him ducking Lomachenko will have come true. The boxing public will see it as a duck, regardless of what Devin says about the move to 140 because of his weight.

The thing is, Haney’s chances for success at 140 are slim because he lacks power and gets hit too much. The fighters at light welterweight punch harder than the lightweights that Haney has been fighting, and we’ve already seen him get hurt by Joseph ‘Jojo’ Diaz and Jorge Linares.

If those kinds of guys are hurting Haney, you can only imagine what 140-pounders like Jose Zepeda, Regis Prograis, Jose Ramirez, and Teofimo Lopez will do to him. That’s just a small list.

There is a lot of other big fish in the 140-lb division that will feast on a non-puncher like Haney. It’ll literally be a feeding frenzy once Haney moves up in weight, and he and Bill will regret leaving the safety of the 135-lb weight class.

“You said we wouldn’t take the Lomachenko fight. You said that I’m scared to take it,” said Bill Haney to ThaBoxingVoice about him wanting Paulie Malignaggi to bet a hundred thousand on whether Devin will take the fight with Lomachenko.

“You want me to bet a hundred thousand for taking a Lomachenko fight? Lomachenko will beat your son’s a**,” said Paulie Malignaggi. “Do you understand me? You want to bet 100,000 on him taking the fight? Bet 100,000 that your son wins the fight.

“I would give your son credit for taking the fight. Even if he took an L, I would give him credit for it. I know he’s in the position not to have to take the fight. You know everybody wants the best fight in the weight class, which is Haney vs. Lomachenko.

“Ultimately, if this fight gets made, there’s a bigger part of boxing that’s interested in this fight because of what’s being discussed throughout this whole thing. I don’t think he can beat Lomachenko. 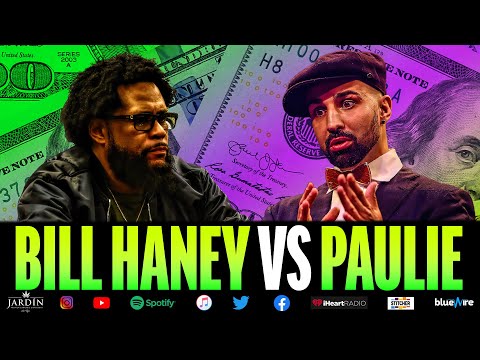