By Geoffrey Ciani: Last weekend it finally happened. It had been 4 years since they last met, and 5 years since they first squared off – the highly anticipated third fight between Canelo Alvarez and Gennady Golovkin. This one was for Canelo’s undisputed super middleweight world championship.

The rivalry began in September 2017 when Canelo was the lineal middleweight world champion, and Golovkin was the unified WBA/WBC/IBF middleweight champion. The official verdict was a controversial draw, where most observers believed Golovkin deserved to win. Judge Adalaide Byrd inexplicably scored the fight 118-110 in favor of Canelo, which was in no way reflective of the action that transpired inside the ring. 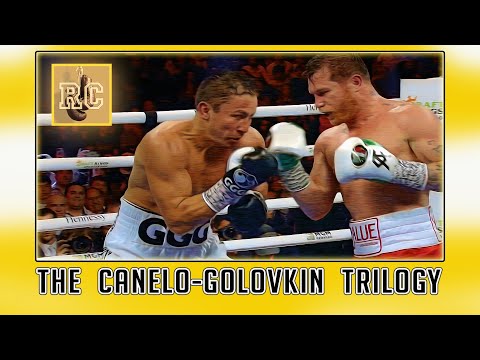 The rematch happened in September 2018, and this time it was Canelo’s lineage up against the WBA/WBC of Golovkin, who had since been stripped by the IBF. The rematch was a much closer and more competitive contest that reasonably could have gone either way, and reasonably could have been ruled a draw. Canelo however was awarded the victory via razor thin majority decision, in a bout that was close enough that it was inevitably going to have some degree of controversy among boxing fans.

Last weekend on September 17th, they finally met again, and this time Canelo thoroughly outboxed Golovkin to earn a unanimous decision victory. So officially Canelo won the rivalry beating Golovkin twice, and also having a draw. But the first fight ended in a controversial draw, the rematch was extremely competitive and could have gone either way, and Canelo clearly won the third encounter. All of these things combined leave a degree of doubt about who truly won the rivalry in the eyes of many fans.

This edition of Rummy’s Corner will provide a quick review of the third fight between Canelo Alvarez and Gennady Golovkin, and will also provide some thoughts regarding the historical high stakes that were not matched in overall drama and intensity throughout this trilogy, which was important in the history of the 160 and 168 pound divisions. Please watch and enjoy the video for one man’s opinion. This is Rummy’s Corner (produced and narrated by Geoffrey Ciani).


« Joe Joyce to fight next in March