Thailand’s Boxers Have So Many Beefed Up Records! 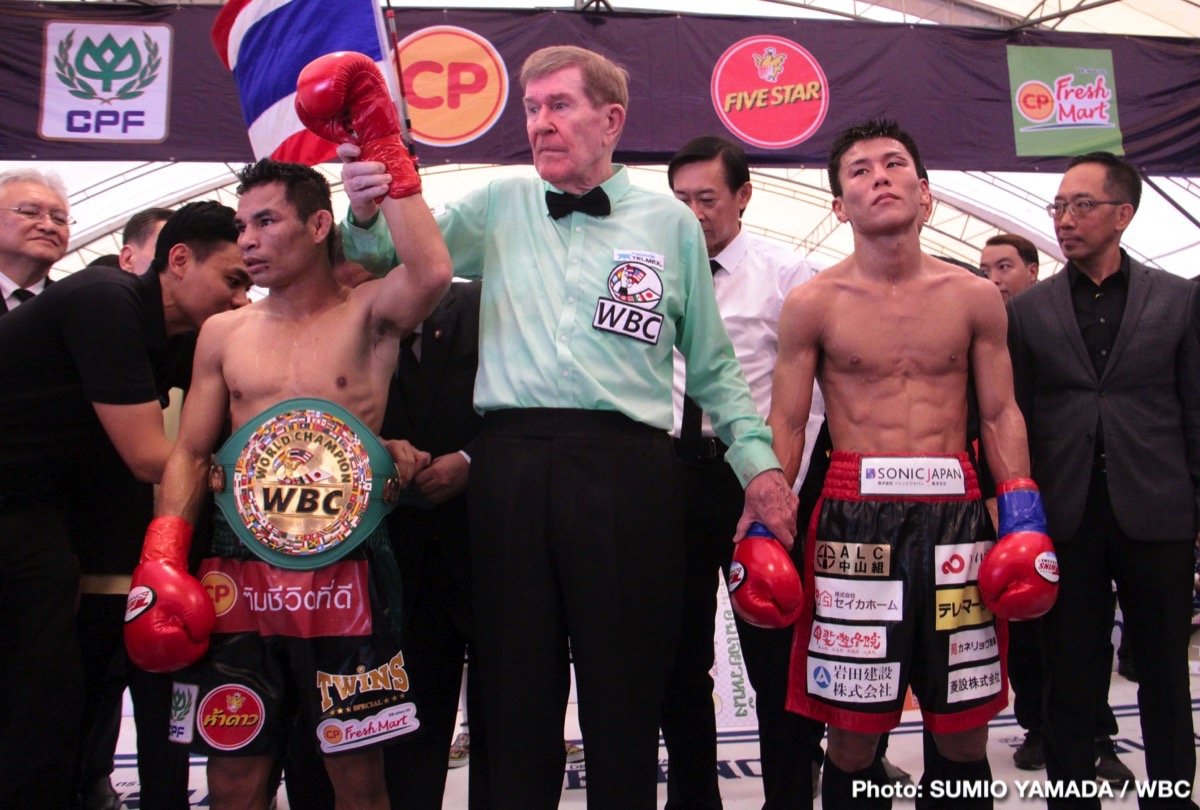 By Ken Hissner: I understand it’s the travel bureau that serves as the boxing commission in Thailand. No wonder they have boxers with beefed-up records.

The following are some examples active today and from the past:
Light Heavyweight Sirimongkhon Iamthuam, 97-5 with 62 stoppages two fights ago, stopped an opponent making his debut. He beat nineteen with losing records and twenty-three making their debut.

In Iamthuam’s last fight in April of 2021, he was stopped by fellow Thailand boxer Tewa Kiram, 44-1, which makes sense as far as competitive in records. In Kiram’s case, he fought only two with losing records and three making their debut being an exception to those with built-up records.

Iamthuam defeated twenty-two with losing records and nineteen making their debut. That is forty-one of his ninety-seven wins against such opposition, which makes no sense.

In February of 1997, Iamthuam won the WBC Bantamweight title defeating Jesus “Chuyin” Sarabia, 24-5-3, of Mexico over 12. After two defenses, he lost to Joichiro Tatsuyoshi, 14-4-1, stopped in seven in Japan. In August of 2002, he knocked out Japan’s Kengo Nagashima, 21-1-1, in two rounds in Japan for the vacant WBC World Super Featherweight title. In August 2003, after one defense, he lost to Mexico’s Jesus “El Matador” Chavez, 39-2, in Texas in 12.

Thanomansak Sithaobay, 56-6 with 33 stoppages, was 31-1 when he lost trying to win the WBA Bantamweight title from Filipino Luisito Espinosa, 25-5 over 12 rounds, in Bangkok, in November of 1990. He again failed in April of 1992, losing to Japan’s Katsuya Onizuka, 18-0, over 12 rounds for the vacant WBA World Super Flyweight title in Tokyo, Japan. In November of 1993, in a rematch, he again lost in 12.

Moonsri won the WBC Minimumweight title in November 2014, stopping Mexico’s Oswaldo Novoa, 14-4-1, in nine rounds in Thailand. He made twelve defenses before losing to current WBC Minimumweight champion Panya Pradabsri, 39-1 (and a rematch) with 23 stoppages is another. On his record, there were fourteen who had losing records and seven making their debut.

WBA World Minimumweight champion Thammanoon Niyomtrong, 24-0 with nine stoppages, is an exception, having defeated one with losing and one making their debut. In his first fight, he won the vacant WBC Youth World Mini title defending it seven times.

Former Super World Flyweight champion Wisaksil Wangsek, 50-6-1 with 43 stoppages, defeated fifteen with losses and twelve making their debuts. In May of 2013, he won the world title. After a pair of defenses, he lost to Mexico’s Carlos “Principe” Cuadras, 29-0, in May of 2014.