By Adam Baskin: Shawn Porter says Keith ‘One Time’ Thurman is becoming a gatekeeper in the welterweight division due to his inactivity.

It wasn’t long ago when Thurman (30-1, 22 KOs) was seen as the #1 fighter in the 147-lb division, but after just four fights in the last five years, he’s now viewed as a has-been by many boxing fans.

The 33-year-old Thurman looked good in his last fight, beating Mario Barrios by a 12 round unanimous decision last February.

“His time away from the ring kind of pushed him to the back, and he continued to push him to the back. Even in his comeback fights, they weren’t the old ‘One Time’ that were used to seeing.

“When you don’t see that old ‘One Time,’ it’s like, ‘Hey, who are you now? You’re a gatekeeper; you’re a has-been and things of that nature.’

“I want to see Keith get one more fight, a tune-up fight. I think people need to respect him coming back, coming back from everything and get that last tune-up fight. Get it in asap, and then get ready to get in the ring with someone that is up there.

“If you’re not getting in the ring with them, then it’s got to be Boots, or Vergil Ortiz, or Stanionis. Keith is kind of becoming [a gatekeeper]. I’m a big fan of Keith, and I want to see him come back and have a great fruitful career. Not mediocre fights against mediocre guys,” said Porter. 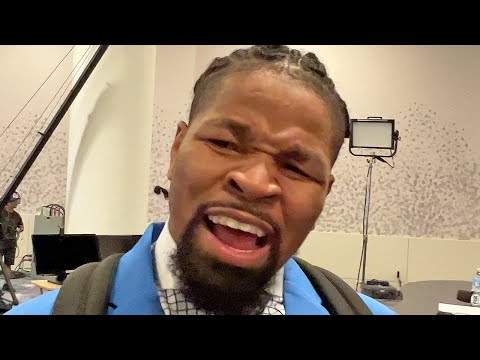 
« Earnie Shavers passes away at 78