By Dan Ambrose: Jamel Herring was impressed with the maturity Shakur Stevenson showed with his victory over Robson Conceicao last Friday night at the Prudential Center in Newark, New Jersey.

Herring feels that Shakur (19-0, 9 KOs) could have stopped Conceicao (17-2, 8 KOs) if he’s gone for the finish because the Brazilian fighter was there to be knocked out.

With Stevenson now moving up to lightweight, Herring says he’s going to have to change the way he fights because they punch harder in that weight class.

Herring is warning Stevenson about trying to walk down the fighters at 135, as he was doing against Conceicao. Shakur got hit a lot by Conceicao, and he cannot afford to get hit with the same shots at 135.

There are a lot of guys at lightweight that Shakur can walk down because they’re not big punchers, but against Gervonta ‘Tank’ Davis, Ryan Garcia, and Isaac ‘Pitbull’ Cruz, he’s going to need to be careful.

“I felt that he showed maturity, especially with everything he went through with the weight and everything. He still showed his composure and did everything he had to do,” said Jamel Herring to Fighthype about Shakur Stevenson’s win over Robson Conceicao.

“I thought he could have stopped him, especially after the knockdown, but he took his foot off the gas like he pointed out. It could be because of him trying to make weight this entire week.

“So, we’ll see what he does at lightweight. Shakur Stevenson may not be the biggest puncher or the biggest hitter moving up, especially coming from this division going to the next division.

“He still has the technical skill level and skillset to hang with a lot of those guys out there. I believe he’ll still frustrate and grab a couple of those titles, if not all of the titles at lightweight. He has to be smart. He can’t go in there and walk everybody down like he did tonight.

“Eventually, he can if he brakes them down, but he has to be smart while he’s doing it. Definitely and his defensive skills,” Herring said when asked if Shakur’s technical skills will allow him to succeed at 135.

“A lot of the guys he mentioned on stage. Vasyl Lomachenko, he’s always going to be a threat, no matter what people think. Devin Haney, you’ve got to put at #1 because he is the kind of the division. He’s a kind for a reason.

“I probably go back and forth between Lomachenko and Gervonta Davis, mainly because of his past opposition. Tank is still a sharp, strong fighter. He’s more than just power. He actually has technical boxing skills as well.

“We just haven’t seen it with a high-level opponent. I definitely see Tank Davis as a dangerous fight. If I’m going to have Tank and Lomachenko at #2, I probably have to give #3 to Ryan Garcia.

“When you have star power such as Shakur Stevenson, trust and believe, they will force the issue in order to get him to be mandatory or convince somebody, one of those champions, to get in the ring with him by bringing the bank with him. It’s a possibility. Money talks,” said Herring. 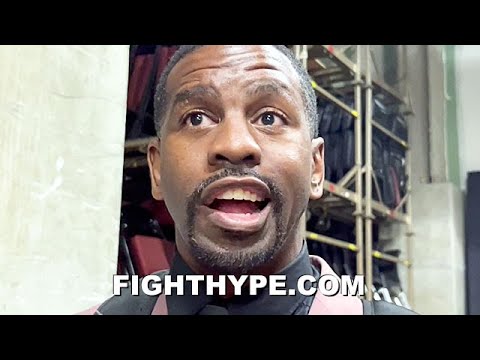