Gervonta “Tank” Davis Is Experiencing Life On The A-Side

By Vince D’Writer: For the first ten years of his career, Floyd Mayweather Jr was a part of the Top Rank stable of boxers until he exercised a provision in his contract that allowed him to become a free agent. The strategic move paid off as Mayweather became the top earner in the fight game, and the bullseye target on every boxer’s dart board. Due to his earning power and his elite boxing status, Mayweather referred to himself as the A-side.

Presently in the sport of boxing, Mayweather protege, and current WBA (Regular) lightweight champion Gervonta “Tank” Davis (27-0, 25 KOs) is living the role of the A-side. The Baltimore native grabbed the attention of the boxing public back in January 2017 when he knocked out Jose Pedraza in the seventh round, and won the IBF super featherweight title. Fight fans are intrigued by the art of the knockout, and when Tank is in the ring, he delivers them in spectacular fashion. 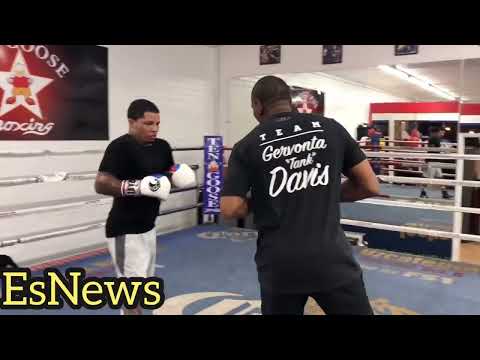 Davis’s ability to close the show with highlight reel styled knockouts helped him build a star studded fan base that consists of musical artists, actors, NBA, and NFL stars. Tank has become must see tv as he has performed in front of sold out crowds at Royal Farms Arena in Baltimore, Maryland, the Barclays Center in Brooklyn, New York, and State Farm Arena in Atlanta, Georgia. In addition to selling out arenas in multiple cities, Davis has become a bonafide pay-per-view star.

Gervonta Davis has achieved a great deal of success during the course of his boxing career, and he has positioned himself to be the A-side. What Davis is quickly learning is the fact that being the A-side comes with a set of consequences. Competitors are aware of the fact that a matchup against Davis is a lucrative opportunity, and a win against Davis will boost a boxer’s career. Due to the reality of the position Tank Davis currently holds, he has been called out by multiple boxers in the 135 and 140 pound divisions.

Ryan Garcia (23-0, 19 KOs), is a talented boxer who has a large fan base, but some fans question his dedication to the sport of boxing. Garcia has called out Tank Davis on multiple occasions because he needs a match with Davis in order to receive validation. Another boxer who has constantly called out Tank is Isaac “Pitbull” Cruz (24-2-1, 17 KOs). In December 2021, Cruz stepped in as a replacement opponent and fought Davis, but he loss a close battle.

Despite the unanimous decision defeat to Davis, Cruz’s stock rose because he fought a very competitive fight. Revenge is on Pitbull’s mind as he desperately seeks an opportunity to avenge his loss. While Isaac Cruz is seeking a second chance, Michel Rivera (23-0, 14 KOs), is impatiently waiting for an initial opportunity. Rivera, the Ali lookalike, is ranked #3 by the WBA and he feels as though his ranking and undefeated record is proof that he deserves a match with Davis.

Recently after posting an upset TKO victory over previously undefeated Jose Valenzuela, Dominican boxer Edwin De Los Santos (15-1, 14 KOs) called out Tank Davis. In addition to the host of 135-pounders who want to fight Davis, a couple of 140-pounders have also put their bids in. Regis Prograis stated he wants Gervonta Davis when he moves up to 140, and Gary Antuanne Russell says he’d be willing to move down to 135 to face Davis.

At the moment Gervonta “Tank” Davis is one of boxing’s brightest stars. To other boxers a matchup against Tank equates to an opportunity to generate a significant amount of income, and the chance to elevate their name to next level status if they are able to come out of the bout with a victory. Recently Davis took to social media to announce his return to the ring in December. As the premier A-side boxer in the lightweight division, Davis and his team have a date in mind, and they have a large number of potential opponents to choose from. 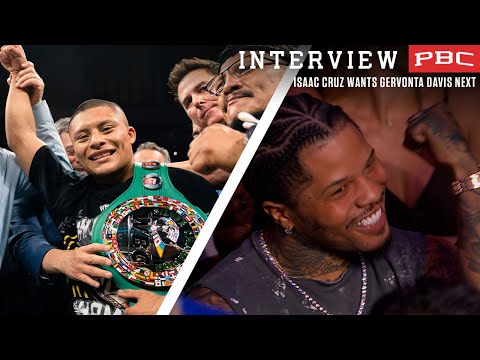