By Sam Volz: Deontay Wilder is already planning for after his next fight against Robert Helenius on October 15th. Wilder (42-2-1, 41 KOs) says he wants a title shot against either Tyson Fury or Oleksandr Usyk, and believes he’s got an excellent chance of getting one of those two fights.

Wilder will be battling the dangerous puncher Helenius (31-3, 20 KOs) in the headliner on FOX Sports PPV on October 15th at the Barclays Center in Brooklyn, New York.

Deontay has chosen the 6’7″ Helenius as his comeback fight after being out of the ring for a year after losing to WBC heavyweight champion Fury by an eleventh round knockout last October in their trilogy bout.

Wilder has got to win that fight against Helenius to keep his hope alive for a world title shot against IBF, WBA & WBO champion Usyk, or WBC champ Fury.

Usyk has expressed interest in fighting Wilder, but it’s unknown how serious he was when mentioned wanting to fight him. Wilder believes Usyk really wants that fight with him, but it seems as if he’s not serious.

Usyk’s recent comment about wanting to retire after he faces Fury, Canelo Alvarez, and an unknown opponent in a farewell fight in Ukraine suggests that Wilder isn’t in the picture for him.

“I think that there’s definitely a chance of a fourth fight again,” Wilder said to Sky Sports. “Boxing is a business. Many people call it a sport, but it’s not a sport.

“The heavyweight division is very small. I’m still a big fish in the business, especially here in America. As long as we’re all in the same division and all still currently fighting, why not? With all that being said, it’s definitely a possibility,” said Wilder.

Fury might choose to fight Wilder for a fourth time if he doesn’t retire from the sport. The ‘Gyspy King’ has made so much money in the last few years, and if he faces Usyk and Joshua, it might take away whatever ambition he has left to compete.

“If Usyk’s saying he wants to give me an opportunity for the titles then that’s what I’m holding his word to,” said Wilder.

“Once I’ve accomplished and finished what I have to do with Robert then I’ll move on, whether it’s Usyk or whether it’s anybody else.” 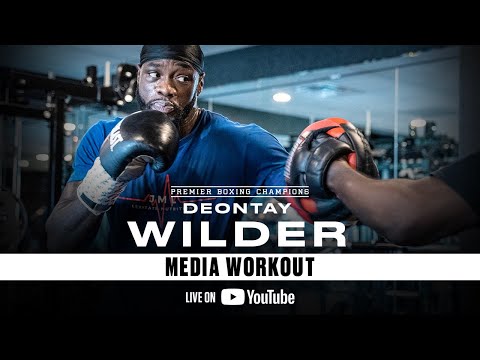