By Adam Baskin: Conor Benn says middleweight Chris Eubank Jr. cannot afford to lose to him on October 8th in their catchweight fight at 157 pounds at the O2 Arena in London.

Benn states that it would be a huge blow to the career of the 32-year-old Eubank Jr. (32-2, 23 KOs) to get beaten by him because where would he go from here?

It took Eubank Jr four years to come back from his last defeat against George Groves in 2018, and he still hasn’t fought for a world title since that fight.

Eubank Jr. likely would have gotten a title shot in his last six fights if he’d fought better opposition, but he’s been content to focus on lesser guys while seemingly swerving the killers like Janibek Alimkhanuly.

“It’s completely fair.  In 18 months’ time, I don’t know where he’d be,” said Conor Benn to iFL TV when asked if his fight with Chris Eubank Jr had been delayed 18 months.

“I feel it wouldn’t suit him. He’d be way past it by then. I’m sitting in a comfortable position, waiting for a world title shot. Early next year, I should fight for a world title in the welterweight division.

“If he loses, where does he go?  It’s not quite the same situation for me. I don’t think about losing, but if he’d lose, he’d definitely be worse off. How can you lose to a welterweight? He takes that risk.

“It all comes down to money on his part. When you think about him calling out Youtubers. He’s at a stage in his career which fights can make him more money. This was that fight. In his head, he believes I’m easy work.

“You’ve seen how I prepare. Whether it’s a journeyman, whether it’s Eubank, or it’s for a world title, I prepare the same. There’s nothing more I can do in each camp to be the best version of myself.

“If he believes he can beat me at 60%, that’ll be his problem on the night. Maybe the public doesn’t think he’s training hard,” said Benn about Eubank Jr. eating a 15-piece bucket of Kentucky Fried Chicken recently.

“It makes no difference for me because I still prepare the same. He can do what he wants. If that’s his way of beating me by playing mental games, let him do that,” said Benn. 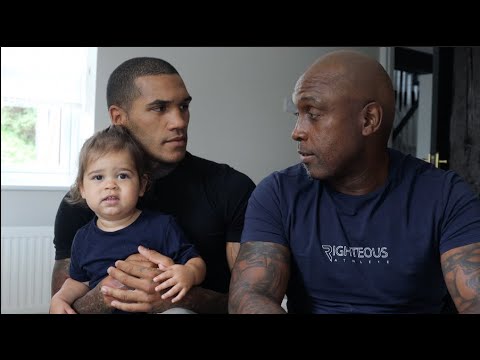 Gervonta “Tank” Davis Is Experiencing Life On The A-Side »