Hearn says he wants to pick a solid top 15 contender and NOT a “gimmie” level opponent for Joshua. These are the options Hearn listed on Wednesday:

Hearn was still talking when he was interrupted by the two DAZN hosts for their Boxing Show, so he didn’t get the opportunity to finish his list of potential opponents for Joshua’s December fight.

From the guys that Hearn listed, those are all potentially dangerous fights for Joshua because they’ve got power and size.

For Joshua to fight any one of these three, he’ll need to have his defense on point because he could get knocked out.

“He wouldn’t want a soft touch. I think that would work against him,” said Eddie Hearn to DAZN Boxing Show about Anthony Joshua’s potential opponent for December if the Tyson Fury fight falls through.

“It’s a top 10 guy; you could pull him out of the rankings yourself. As soon as I start mentioning names, the price goes up. The last thing AJ wants is a gimme fight.

“We’re not interested in gimme fights. It’s got to be an element of risk. Look at the top 15. Dillian Whyte is not a fight for December, but it’s a fight for March and the summer, 100%. It’s a big stadium in the UK.

“You’ve got Filip Hrgovic. He just won. I think it was a poor performance from him. Zhilei Zhang looked good. Otto Wallin had a very close fight with Tyson Fury.

“Dillian is a very good fighter; he’s a dangerous fighter. I would like to give Dillian a fight in November, and then I’d like to make the AJ fight, subject to the Tyson Fury stuff.

“These guys have got to get active. Dillian fought in March 2021, and then his next fight was in April 2022. These guys, AJ included, they’ve been having one fight a year because of Covid because of rematches because of mandatories. I want to get them active.

“AJ fighting every three months is going to be a tough guy to beat once that confidence is going, once that belief in his training team is going. I spoke to AJ last night, and his message is clear. ‘If he’s [Fury] serious, let’s do it.’

“Like I said, originally the plan was December, February, March, and that could be Dillian Whyte or go into Fury or Wilder or all those guys,” said Hearn. 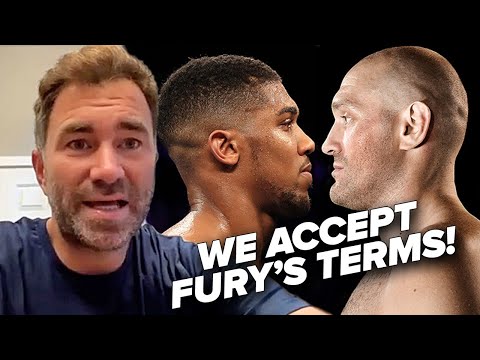 
« Deontay Wilder not sure what Robert Helenius will bring