Ruiz dropped the 43-year-old Ortiz three times, knocking him down twice in the second and once more in the seventh. However, aside from those rounds, Ruiz was outboxed by Ortiz pretty much in every other round except for the 11th. 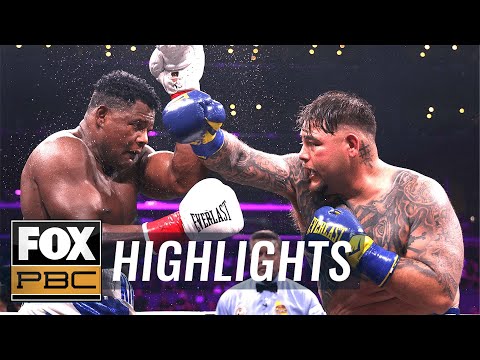 This writer had Ortiz nine of the twelve rounds of the fight. The knockdowns are what saved Ruiz because, without them, he clearly would have lost tonight.

Andy Ruiz weighed in at 268 lbs on Friday, and he knows that he cannot afford to lose this fight against Ortiz (33-2, 28 KOs) if he wants to keep his dream alive of becoming a two-time heavyweight champion.

Both Ruiz Jr and Ortiz are in a position where they can’t afford to lose the fight tonight if they want a world title shot. For the 43-year-old Ortiz, his position is direr because he’s near the end of his career.

But even Ruiz can ill afford to lose because he only fights once a year, and at this rate, it could take him five or six years to come back from another loss.

It would obviously help if the former IBF/WBA/WBO champion Ruiz was more active, but with a net worth of $10 million, he doesn’t have the same hunger that normal fighters have.

That’s why it’s likely we won’t see Ruiz back in the ring for 18 months after tonight’s fight because he’s enjoying the fruits of his labor.

‘The Destroyer’ Ruiz Jr had those two fights with Anthony Joshua, splitting a pair, and he made a lot of money from them. From there, Ruiz was elevated to pay-per-view status, even for his fights against lesser opposition.

Ruiz’s last fight against 40-year-old past his best Chris Arreola was shown on FOX Sports pay-per-view, and his match tonight against Ortiz will be on PPV as well.

For some, it’s hard for them to wrap their heads around an average heavyweight like Ruiz being a PPV fighter, but it goes to show you what happens when you get lucky with a shock knockout against a careless fighter like Joshua.

The former unified champion Ruiz (34-2, 22 KOs) has done a good job of whipping himself into top shape for this fight.