At the press conference, it was announced that their 12-round combat will also be an eliminator fight for the WBA Welterweight World Championship belt in addition for Ortiz’s WBO International Welterweight Title. 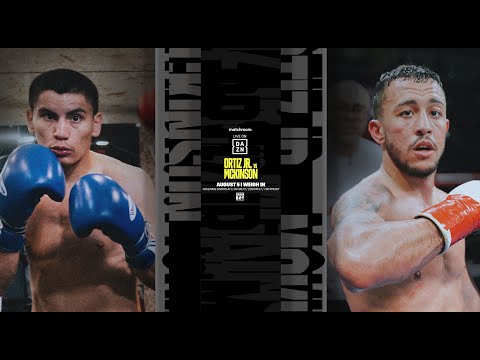 “I am grateful for this fight to be an eliminator, it’s just closer to a world title shot.”

“It has been a great camp, staying in Venice, CA running outside by the beach. That the Texas heat shocked me when I landed and walked out of the airport. But after a few minutes, I was thankful because it feels like home, I knew I was home.”

“I have a lot of pride being from Texas and fighting in Texas. A lot of my peers and family are here and it pumps me up.”

“This is boxing, anything can happen. I have respect for all fighters that step in the ring. We all fight for the same thing, we all fight to give our families a better life. And I respect every fighter for it.” 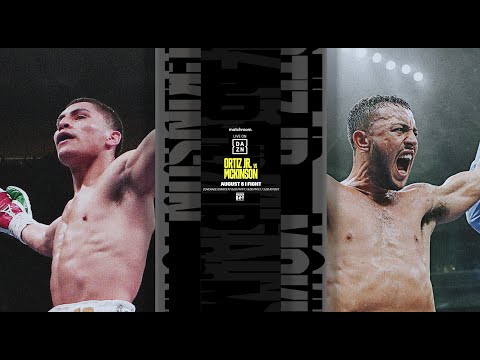 “Knowing that this is now a world title eliminator adds more fuel to the fire. This is just the cherry on top.”

“This fight has been a long time coming – since last November. Originally, I was told I would fight Ortiz, Jr. in January and then it was moved to March. Then due to unfortunate circumstances, the March fight couldn’t happen. But I just want to give a big ‘thank you’ to Golden Boy and Team Ortiz, Jr. for giving me the opportunity again. I know I am coming to the lion’s den, and I promise my family and team that I will not disappoint them.”

“I believe in myself, in my hard work, in my rise. I have worked myself the hard way and I deserve my opportunity. I have a lot of people supporting me back home and I promise I will make you all proud.”

“Holding all these belts is something different, it’s something that I have been wanting my entire life but knowing that i have earned them means everything to me; it means that everything that I am doing is good, but I never want to let up, I want to keep improving.”

“Since I was a little girl, since I started boxing, I never had any role models. There weren’t any mothers or fathers who approved of their daughters boxing. There weren’t many girls in the gym, and growing up that way was difficult for me and now I want to be able to change that and make a difference in people’s mindsets.”

“I want to thank Golden Boy for the opportunity. When I see those belts it represents how far women’s boxing has come along in the sport. I am here to support the rise of women in boxing and boxing in Venezuela.”

“This is the third time I have fought for a world championship. I have won the IBA Minimumweight and WBA Interim Flyweight world championships. Every challenge represents a big responsibility and I am looking forward to advancing the sport for women everywhere.” 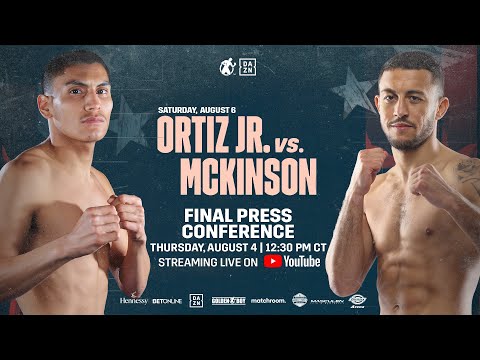 “I feel good. This is another chapter of my life. I am ready. I am prepared. I have been training and staying ready, staying focused. I knew someone would call me up and I had to stay ready to fight.”

“I have been training with Crawford for a while. Everyday we push each other, we work hard. I love working beside him and everyone else, it’s a big family. I am here at this level and I am ready for Saturday night.”

“Maurice Hooker is a tougher fighter, a bigger challenger for me. This guy brings more to the game. He is a great boxer and a great contender. It doesn’t get any better for me.”

“I rise to the occasion. I always have my back against the ropes and this is just another obstacle that I have to overcome.”

“I feel very good, ready. I just want to fight. Thank you all for our support looking for a great fight Saturday night.”

“Vergil reminds me of myself – The Executioner. But this is Vergil’s time now. He’s the real thing, and he’s been chipping at it bit by bit, fight by fight.”

“The fans and his presence you can pick up from walking around town – you can tell that they’re excited for this to happen. And he brings excitement – if you look at his personality and the way he carries himself and what he turns into when the bell rings – it’s easy to promote but hard to get someone to get into the ring with him. We’re going to expose a lot of people when the time comes.”
FLOYD SCHOFIELD, LIGHTWEIGHT PROSPECT:

“What I love about boxing is the fighting. I just love fighting. I was born to do it. My dad raised me to fight, and I love all the blood and punching.”

“My fighting style depends on my opponent. If I need to brawl, box, and bang I will just need to adjust to it. My dad is gonna hate this, but I love to brawl, but I need to listen to my coach and adjust on how they see it on the corner.”

“My career has had a bunch of ups and downs. I took the last fight on two days’ notice and went up two weight classes.”

“It sounds like I will retire Hank Lundy on Saturday. He’s going to sleep.”

“It was a great camp for seven weeks, I feel strong, I feel amazing.”

“I am looking for the knock out. I am not going to rush it bit I want to for sure end it in the first three rounds.”

“I am excited and nervous. I am ready to show off in front of everyone who is coming.”

“It’s a great experience learning from Vergil Ortiz, Jr. and his dad. They run a very tough training camp. It is amazing to be in this Arena, I grew up around it. It’s crazy, it’s dope, it’s a dream come true.”