By Robert Segal: Promoter Eddie Hearn is predicting that Chris Eubank Jr vs. Conor Benn will be the biggest pay-per-view Matchroom Boxing has ever done.

What would be really impressive is if the Eubank Jr-Benn fight brings in more PPV buys than Saturday’s rematch between Anthony Joshua and Oleksandr Usyk, as well as the September 17th trilogy clash between Canelo Alvarez and Gennadiy Golovkin.

It’s fair to say the Eubank Jr-Benn fight is being promoted better than the Joshua vs. Usyk II rematch. The amount of buzz created from Eubank Jr. and Benn in their recent kickoff press conference was unreal.

What helps is the friction between those two fighters, as well as the clever soundbites from Eubank Jr with the way he talked of wanting to school Benn. It was priceless.

If Benn is able to defeat middleweight Eubank Jr (32-2, 23 KOs), it’s going to make him into a worldwide star overnight on October 8th.

“I knew this fight was big. Eubank Jr against Benn will be the biggest pay-per-view we’ve ever done,” said Eddie Hearn to Fight Hub TV. “It’s just an absolute monster.

“It’s across so many generations,” said Hearn of the Eubank Jr vs. Benn fight. “The younger generation that follows the two fighters now, the 40 pluses, 60 pluses, and 80 pluses.

“I can deny that; that’s incorrect,” said Hearn when told that there’s talk about the rehydration clause being only five pounds. “I don’t even know if I’m actually saying. I’ll give you a clue. It’s around; I believe the IBF check wait,” said Hearn.

“He’s taking me lightly and thinking I’m going to be easy work, and that’s fine. Let him think that,” said Conor Benn to iFL TV. “He can think what he wants.

“You ask me that because you know he’s a bit of a strange character. I’m in control. It’s always controlled aggression. I don’t know why he came out what he’s talking about. Why am I hearing about all the disadvantages?

“I don’t want to hear about no excuses. I think he’s definitely underachieved from what I thought he would achieve. Again, that’s not my problem. 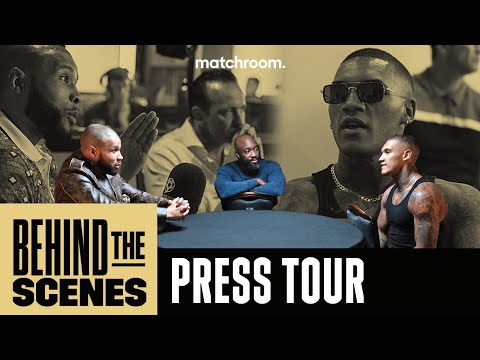 What time does the Usyk vs Joshua fight start in Jeddah? »