By Sam Volz: Eddie Hearn says he’s ready to offer Deontay Wilder huge money to fight one of the guys that he works with. Hearn isn’t saying who that fighter is, but he did say it’s one of these three: Anthony Joshua, Dillian Whyte, and Derek Chisora.

Hearn says the money he’d be offering Wilder is more than what he “could dream of making” at this stage in his career.

It’s fair to say that if the former WBC heavyweight champion Wilder (42-2-1, 41 KOs) were to agree to the offer from Hearn, it would mean that he would be fighting in the UK, likely in London. As long as Wilder is on board with this, he’d be in a position to a potentially easy fight against Chisora or Whyte.

For the time, Wilder will be fighting the dangerous contender Robert Helenius on October 15th at the Barclays Center in Brooklyn, New York.

“I think there are a few fights, win or lose, for Anthony Joshua that remain massive,” said Eddie Hearn to Intu Boxing. “Tyson Fury, DillianWhyte, and Deontay Wilder. There are three of them there.

“I think we’re in the hunt for all big fights. AJ wants to fight everybody. He’s proved that already. So, an AJ-Deontay Wilder fight is a massive fight.

“As I said the other day, I reached out to Shelly Finkel recently. You should never take an opportunity away from a fighter. I have a pot of money available, and I’m not saying where in terms of the territory to do a huge Deontay Wilder fight with one of the fighters I work with.

“It’s just frustrating because I want the fighter to know that opportunity is there. Sometimes managers and promoters will not even let it get to the fighter.

“If I turn around to Deontay Wilder and say, ‘Let me tell you the number I’ve got for you.’ If you say to me, ‘I don’t like you, so I’m not going to work with you.’ That’s fair enough, but it’s just important that he knows.

“There’s no way he can say no to it in the situation. I’m just trying to get the Deontay Wilder fight for one of the guys I work with.

“Also, at the same time, it’s money well beyond what he could dream of making at this point in his career. So, hopefully, we can have some positive conversations.

“Of those three [Joshua, Derek Chisora & Dillian Whyte], it’s one of those guys. We’ll see if we can have those conversations. It looks like he’s going to fight Robert Helenius first. Hopefully, he wins that fight.

“When you talk about the money vs. the money he’s making against Helenius. It’s so substantial. Hopefully, I’m not looking to wind anyone up. Let’s just see if we can get around a table,” said Eddie Hearn. 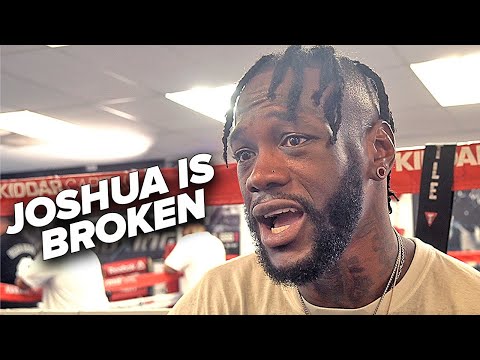