By BN24 staff: As Eddie Hearn and Matchroom Boxing prepare for the impending megafights between Oleksandr Usyk & Anthony Joshua and Canelo & GGG, the spotlight shines on their stable of prospects, this Saturday night live on DAZN.

Dalton Smith (11-0) and Sam O’maison (17-3-1) clash in their home city for the vacant British super-lightweight championship, a belt once held by British boxing legend, Ricky Hatton. 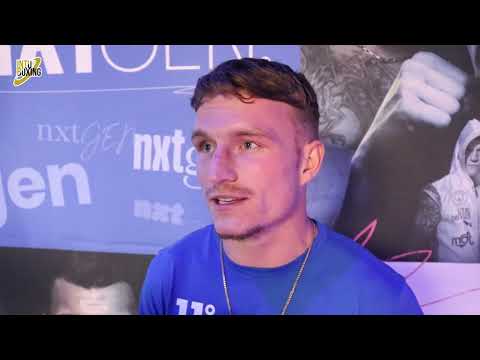 “It’s Sheffield vs. Sheffield for the prestigious British Super-Lightweight title on August 6th and a chance for one of the most exciting talents in world boxing, Dalton Smith, to headline his first ever show in his home city,” said Eddie Hearn in a press release.

“Dalton has been flawless so far in the professional ranks and I truly believe that he is a world Champion-in-waiting. He has a tough assignment against Sam O’maison and the arena is sure to be bouncing for an all-Sheffield main event. We have a host of young talent looking to make an impression on the undercard – catch it all live on DAZN.”

Such is the hype around Smith, some experts already fancy him to give Lewis Ritson and Sam Maxwell a run for their money – or that he might even beat them both comfortably.

The 25-year-old’s TKO win over Lee Appleyard in 2021 asserted his quality against a tough domestic veteran. With it, he captured the English title and the first of what many believe will be a multitude of belts. Sheffield’s best-ever amateur carried that form into another three good wins since that earned him WBA and WBC regional straps. He’s been matched relatively toughly since his fifth pro bout, and in his eleven wins possesses an impressive nine stoppages.

O’maison has previously held the English title Smith recently owned and has only lost three of his 21 fights. That most recent loss in 2019 came against the talented Kay Prospere, a former European title challenger. The southpaw is a legitimate contender at this level and at 31, might not get another crack at British honours. This is his last hurrah.

Smith and his father and trainer Grant, will be focused on Saturday, but are also looking way beyond British title level. They envision him headlining at Hillsborough, the home of his beloved Sheffield Wednesday F.C., in a world title fight. 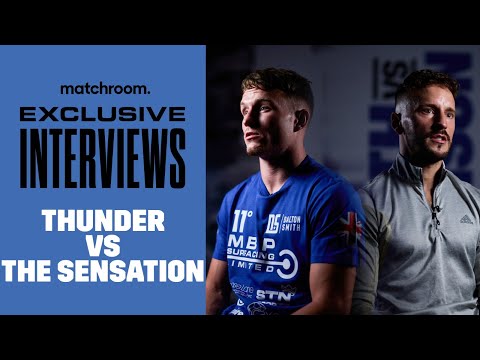 “World Championship boxing at Hillsborough’s the goal, so headlining the (Sheffield) arena for the British title is a great milestone along the way,” said Dalton Smith.

“It’s a venue that has seen some huge fights – Naz, Nelson, Hatton and Brook to name a few. Now I feel it’s my turn. Sam is heavy-handed and an awkward southpaw, but I think my best beats his best so that’s what I need to deliver. It’s going to be a right atmosphere!”

In what looks to be a make-or-break rematch, Sandy Ryan (3-1) will be desperate to avenge her narrow loss to Erica Farias (27-5) that took place in March. Both are ranked in the top 5 at 140-pounds according to Boxrec, and the victor, who will claim the WBC International belt, will be on course for a clash with WBC, IBF & The Ring world champion, Chantelle Cameron.

Ryan suffered a perforated eardrum in the sixth round of their first fight which some thought she’d taken too soon, despite being a Commonwealth, European and world championship medallist. Farias outworked the amateur standout for a split-decision victory.

Farias, a two-weight WBC world titleholder from Argentina, is 38 and has only lost to the very best of the women’s game: Delfine Persoon, Cecilia Braekhus, Jessica McCaskill and Mikaela Mayer. A pro for 13 years contrasting greatly with Ryan who had only had three pro contests.

The 28-year-old admitted she thought her career was over following the defeat, but thankfully her team and close friends talked her around. A spell away from social media has reinvigorated Ryan as well as top-class sparring with the former unified world champion, Terri Harper. 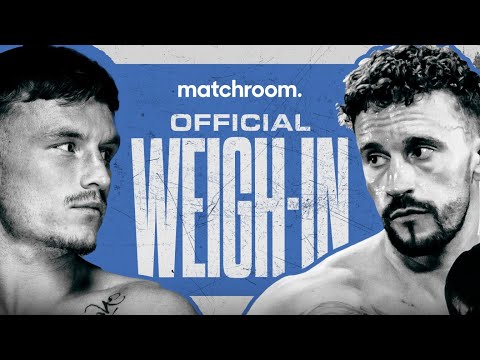 The Clifton Mitchell-trained boxer from Derby is clearly brave for taking an immediate rematch knowing what another defeat would mean. There’s a lot on the line.

Manchester’s fast-developing cruiserweight, Jordan Thompson (13-0) takes a big step up in competition as he faces Vasil Ducar (11-5-1) in a fight for an IBF regional title. The 6’6″ puncher is flying under the radar and, in my opinion, is one of British boxing’s best-kept-secrets.

The top three fights on Saturday’s NXTGEN show are competitive and well worth watching on DAZN. Two are legitimate 50/50s and the main event could well be a showcase of Dalton Smith’s blossoming talent.

Elsewhere on the card, big ticket-selling heavyweight Johnny Fisher brings his legion of fans and undefeated record from London to Sheffield; Hopey Price looks to continue his ascent of the super-bantamweight division; Campbell Hatton fights for the third time this year, and Kieron Conway gets a tune-up in preparation for his fight with Austin ‘Ammo’ Williams on next month’s Canelo/GGG 3 card.

Aqib Fiaz, Nico Leivars and Junaid Bostan round out the fighters in the home corner all aiming to pick up straightforward wins. 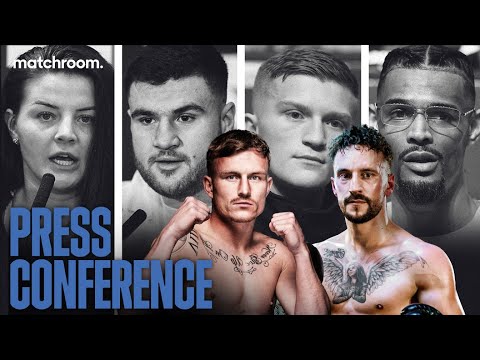