By Craig Page: Trainer Robert Garcia believes Anthony Joshua can come back from his two recent losses to resume winning and finding success in the heavyweight division.

In a hint that Robert may not be Joshua’s trainer for much longer, he says Joshua (24-3, 22 KOs) can come back, whether it’s with him or somebody else.

Unfortunately, the days of the 32-year-old Joshua coming all the way back to the elite level and ruling the heavyweight division as he’d done in the past are likely over.

Joshua’s promoter Eddie Hearn is expected to keep the bar low for him in December and in 2023, feeding him a bottom dweller to boost his shattered confidence and then continuing to aim low with fights against the likes of Dillian Whyte and Deontay Wilder in 2023.

“There’s a lot of fights [for Joshua]. He’s still a big draw, a big name. He’s not going to stop; he’s going to come back,” said Robert Garcia to ESNEWS about Anthony Joshua.

“He wants to be a three-time heavyweight champion of the world. If it’s with me or somebody else, Anthony will come back, especially after two losses in a row. Everyone should know this. His management team, Eddie Hearn, Matchroom, they’re going to pick the right fight for him, which is smart to do.

“After he lost his title to Usyk, he came back and went into the rematch right away. He could have easily taken two or three tune-up fights and then gotten the rematch again.

“That was my first fight with him, and it was his toughest fight. He almost pulled it out. He did what we trained him to do. I didn’t even know Anthony started training at 18. Three years later, he was an Olympic gold medalist. 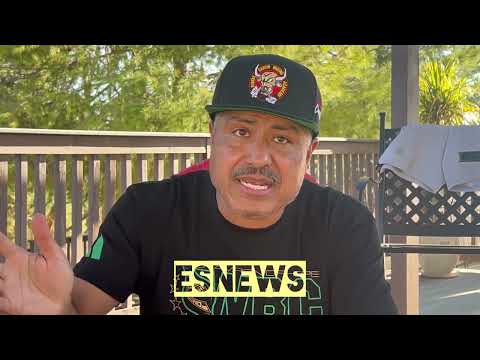