Two of Four from Incarceration to Becoming Champions!

By Ken Hissner: It’s been my experience in following boxing for seventy years from watching the Rocky Marciano vs. Joe Walcott rematch on that tiny little black and white television with my dad.
There were two of four boxers who went from some sort of incarceration and then became world heavyweight champions.

Let’s start with the oldest, Charles “Sonny” Liston, living in St. Louis, was arrested for armed robbery. He turned professional in September of 1953, winning his first seven fights before losing to Marty Marshall by split decision having his jaw broken during the battle. It would be a year and a half later, in 1955, when he would stop Marshall in a rematch.

Jumping ahead eight wins later in February of 1959, Liston met contender Mike DeJohn, 36-5-1, stopping him in six rounds. Next up for Liston would be Cleveland “Big Cat” Williams, 45-2, who he stopped in three rounds and repeated it the following year. After the second win over Williams, Liston stopped contender Roy Harris, 29-1, in the first round, who had only lost to world champion Floyd Patterson. He followed with a knockout over top contender Zora Folley, 51-3-2, and another top contender Eddie Machen, 34-2-1, over 12 rounds.

In 1962 Liston would score back-to-back knockouts in winning the world title over Patterson, followed by back-to-back losses to Muhammad Ali, and the rest is history ending up with a 50-4 record along with 39 by knockout.

In 1968, Jeff “Candy Slim” Merritt was paroled from a Missouri prison serving over two years for armed robbery and was referred by Liston to boxing people upon his release.

It was March of 1969. I entered the Philadelphia Arena, where the fans started laughing when they saw Merritt enter the ring, saying things like “another stiff for Roy “Tiger” Williams!” He was 9-0, and I could remember like it was yesterday, Merritt was 6-1, and he cleaned Williams’ clock that night.

In 1970 Merritt signed with a business syndicate and moved down to train at Miami’s Fifth Street Gym that the Dundees owned and ran. He was 11-1 at the time and, in March, knocked out Johnny Hudgins, 9-6-3, in what would be his first ten-rounder.

After posting another pair of knockouts in Miami Beach, he was asked to spar with Muhammad Ali, who after over three years of inactivity due to the government’s taking away his license, said, “I want to go back to the gym and spar with Merritt. I knew if I held my own with him, I still had it!”

Merritt would face the biggest fight of his career against former WBA World heavyweight champ Ernie Terrell, 46-8, at the Madison Square Garden, and Merritt took Terrell out in the first round ending the former champ’s career.

Two months later, in Cleveland, Merritt stopped Ron Stander, 24-3-1, in three rounds who the year before was stopped in a world title fight against “Smokin” Joe Frazier in four rounds. In March of 1974, Merritt would have a rematch with Henry Clark, 28-8-3, whom he had beaten, and was stopped in the first round. His career was as good as over. He would go 1-1-1 and ended his career at 22-3-1 with 17 stoppages.

At fourteen, Rubin Carter of Paterson, New Jersey, was convicted of assault and was sentenced to Jamesburg Home for Boys. Several years later, he would join the Army, where he learned to box and compiled a record of 51-5 with 31 knockouts. As a professional in October of 1962, Carter, 12-2, made a name for himself on national television, scoring a first-round knockout of former world title challenger Florentino Fernandez, 31-5, at Madison Square Garden.

Two months later, in December of 1963, Carter made the boxing news big time when in a non-title fight on national television, he stopped welterweight champ, Emile Griffith, 38-4, in the first round in Pittsburgh, PA.

Carter was convicted of murder two months later to three sentences of life in prison.

“Iron” Mike Tyson was brought from a reform school to live with famed trainer Cus D’Amato. In 1982, I met him through D’Amato and his boxer Kevin Rooney whom I met in Scranton, PA. The Canadian Hilton brothers, along with their dad Davey, who always wanted D’Amato to train him, were there.

Tyson and I watched films his manager-to-be Jim Jacobs provided in his bedroom. He loved watching heavyweight champion Jack Dempsey, no robe, no socks, and a ferocious fighter. I had no idea who Tyson was until I met him.

We would have dinner with Tyson, Teddy Atlas, Rooney, D’Amato, and the Hilton’s. I spent the night from 9 pm to 3 am picking D’Amato’s brain and was politely asked not to do that again by Camile Ewald, who ran the house.

Tyson would go onto the Olympic Trials losing back-to-back fights to Henry Tillman before turning professional. The next time I saw him was in Atlantic City years later when he was a heavyweight champion, and his then trainer Rooney took me to the dressing room. When Tyson saw me, he put me into a bear hug, lifting me off the ground, and my only thought was, “I’m glad he likes me!”

Tyson would become the youngest heavyweight champ of all time, breaking the record of Floyd Patterson, whom D’Amato also trained. The rest is history, and I don’t need to go into it, but Tyson was the “other” to become heavyweight champ along with Liston, while Carter and Merritt never accomplished winning a world title. 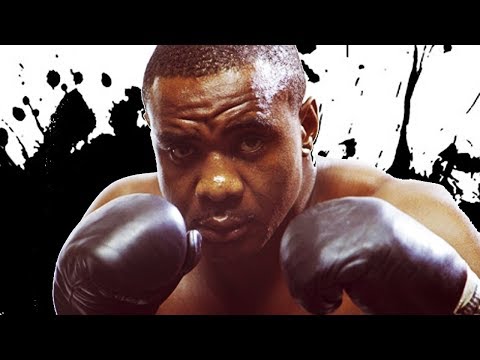