By Allan Fox: Ryan Garcia says he’s done with the 135-lb division and will “NEVER” return following his sixth-round knockout victory over Javier Fortuna (37-4-1, 26 KOs) on Saturday night at 140.

Ryan says he wants Gervonta ‘Tank’ Davis, a world champion at 135, to come up to 140 to fight him next. If not, the lanky 5’10” Ryan said he’ll fight guys from the light welterweight division because that’s the weight class he intends to campaign at now.

You hate to say it, but Ryan Garcia could live to regret his decision to never return to the 135-lb division because that’s where he has the most significant advantage over his opponents.

Moving up to 140 will put Ryan in with guys that are almost as big as him and who can punch with similar power.

You can certainly relate to Ryan not wanting to return to the lightweight division because he would look comfortable at welterweight as big as he is.

Fortuna rehydrated to an unbelievable 156 lbs for tonight’s fight and looked chunky, slow, and nothing like the fighter he’d been in his prime when he held the WBA super featherweight title in 2015 & and 2016 was slender.

“No, I’m never going back down to 135. I’m going to stay at 140,” said Ryan Garcia to DAZN after his sixth-round knockout win over Javier Fortuna on Saturday night.

Going up to 140 puts Ryan in a position where he’ll need to fight guys like Regis Prograis, Jose Ramirez, and Jose Zepeda.

Prograis & Zepeda punch with similar power as Ryan, but they have sturdy chins, and they could take advantage of the poor defensive skills of the famous social media star.

It would be wiser for Ryan to return to the 135-lb division and try to fight Tank Davis, Devin Haney, Vasyl Lomachenko, and George Kambosos.

“I know I’m committed to it, and I told everybody that’s my heart’s position, and I’m not going to waver for nobody,” said Ryan.

If Ryan doesn’t get the fight with Tank next at 140, he will be stuck in tune-up fights against likely fringe contenders or old guys in the same mold as his last three opponents.

It’s unlikely that Golden Boy Promotions will risk putting Ryan in with Zepeda, Prograis, or Ramirez if they can’t lure Tank to move up to 140 for the fight.

Tank is only 5’5″, small for even the 135-lb division, so there’s no point in him accommodating Ryan’s wish to move up to 140, so he can have an advantage over him. Tank is the A-side, and he’ll be the one calling the shots, not Ryan. 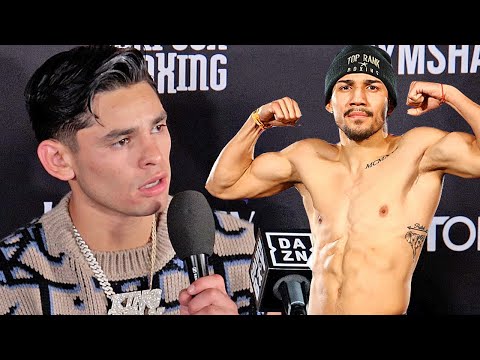 Gervonta Davis: “See y’all the end of the year” »