By Dan Ambrose: Ryan Garcia faces his toughest career test against ex-super featherweight world champion Javier Fortuna in a 12-round fight this Saturday night on DAZN at the Crypto Arena in Los Angeles.

The bout will show whether the famous social media star has the talent to compete against world-class opposition at 135.

The 23-year-old Ryan is already a millionaire without having captured a world title, and there’s a possibility that he may lack the talent to capture a belt by beating a quality fighter.

With a net worth estimated at $10 million, some boxing fans would say that Ryan Garcia lacks the hunger to push himself hard by fighting the best rather than the little-known fighters he’s beaten to build his 22-0 record.

Ryan is fighting Fortuna AFTER his loss to Diaz suggests that his promoters don’t want to take any chances with their popular fighter by matching him against a live body.

The only name on Ryan’s record is Luke Campbell, a fighter that had already been beaten three times by Vasyl Lomachenko, Yvan Mendy, and Jorge Linares.  Ryan got Campbell after he’d been worn down by Lomachenko, Mendy, and Linares.

“I want to see him become a better fighter. He has all the potential sizewise, the way he goes about his business in the ring, and punching power,” said Antonio Tarver to ProBox TV talking about Ryan Garcia.

“He has all the intangibles, but again, Paulie doubts that it’s in his heart. I believe it’s in his heart from what I’ve seen because a young man isn’t going to go this long, this hard if it’s not in him.

“He’s going to show to the world what he’s made of, even in a loss or in victory,” Tarver said of Ryan Garcia.

“This was an Olympic gold medalist [Campbell] and probably would have been a world champion in his career had he not fought such tough world champions [Vasyl Lomachenko and Jorge Linares].

“Luke Campbell lost two world title fights to a prime Linares and a prime Lomachenko. If our only title shots are against guys like that, most of us won’t become world champions.

“So, Luke Campbell is probably a world championship level fighter that never got a world title. Ryan Garcia beat him after getting up off the canvas from a tough knockdown, which legitimately hurt him and got the stoppage in style.

“At that moment, I said, ‘Wow, this kid has it, this kid really has it, and then all of a sudden, he just fell off and disappeared. Now, I’ve got to question how much he really wants it.

“Maybe he [Ryan] just wants to be famous and not a championship-level fighter. That’s not a criticism per see; I’m just calling it as I see it. People might take it as a criticism, but I don’t think there’s anything necessarily wrong with him.

“I’m saying that him acting that way, he’s obviously living a very comfortable life doing that, but you’re now putting yourself in a position where are you willing to live it, are you willing to be that guy, or are you just looking for your cushy position?” said Malignaggi. 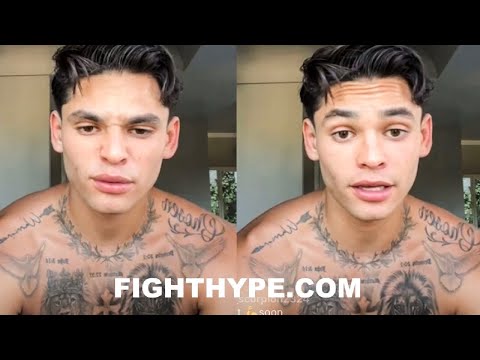 
« Does Gennady Golovkin Need A Career Defining Win Against Canelo To Be Remembered As An All Time Great And Legend?