By Sam Volz: Regis Prograis is upset on Friday that the WBC has ordered Jose Ramirez & Jose Zepeda to battle for the vacant 140-lb title with their organization.

#3 Prograis (27-1, 23 KOs) feels that he should be the one that gets a crack at the WBC 140-lb title, which was vacated by champion Josh Taylor on Friday.

In Prograis’ last fight, he stopped Tyrone McKenna in the sixth round in a WBC light welterweight title eliminator on March 19th.

Prograis says that victory should mean that he’s given a shot at the vacant WBC 140-lb belt, but apparently, the WBC has another mandatory ahead of Prograis with #1 Ramirez and #2 Zepeda.

Both contenders are ranked ahead of Prograis by the WBC, and it’s easy to see why.

Ramirez & Zepeda have fought better opposition lately than Prograis, who has been taking it easy with soft fights against Tyrone McKenna & Ivan Redkach.

Moreover, Prograis, 33, hasn’t helped himself by fighting only once a year since his narrow 12-round majority decision loss to Josh Taylor in October 2019.

After that defeat, Prograis should have been fighting twice a year in the last two years instead of only once, but he’s chosen to fight on an annual basis only.

As many contenders like Prograis are finding out, when you fight only once a year against weak opposition, as he’s done, the sanctioning bodies respond by only moving you in small increments.

So if Prograis wants to know why he’s been passed over by the WBA & WBC to compete for their vacant belts, he only needs to look in the mirror.

“Y’all tell me this, answer me this. How are two titles [WBA & WBC] vacant, and I’m not fighting for either one of them?” said Regis Prograis on social media, complaining about being bypassed by the sanctioning bodies.

“That s*** doesn’t make sense, bro. I was supposed to fight for the WBA. You saw what they did, right?” said Prograis about the World Boxing Association ordering #1 Batyr Akhmedov and #2 Alberto Puello to battle for the recently vacated 140-lb title.

“Now, the WBC got Ramirez and Jose Zepeda fighting each other for the [vacant] WBC, and how am I not in the mix? First off, my last fight [against Tyrone McKenna] was mandatory to fight[for the WBC 140-lb title].

“If you know what mandatory means, I’m supposed to be next? What the f*** is going on, bro? What is going on? How am I not fighting for either one? This s*** is insane. This s*** is not making sense. I don’t even know what to say. Somebody fix this, please,” said Prograis.

The WBC has just received a letter from Josh Taylor attorney in which he confirms his decision to relinquish The WBC super lightweight championship. pic.twitter.com/pKF2ip1bzd 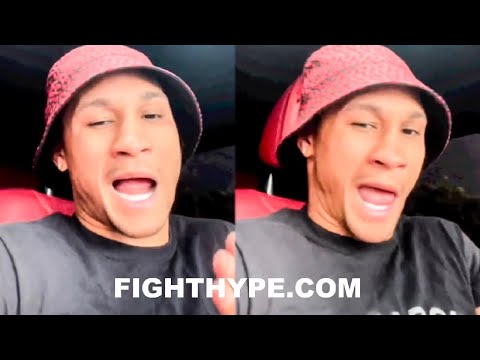 
« Who Had the Most Successful Title Defenses?