On the Edge of Greatness Was Paul “The Pittsburgh Kid” Spadafora!

By Ken Hissner: IBF World Lightweight champion Paul “The Pittsburgh Kid” Spadafora was 48-0-1 before he tasted defeat. He ended his career at 49-1-1 with 19 stoppages.

In August of 1999, Spadafora won the IBF World Lightweight title defeating Israel “Pito” Cardona, 31-2, improving his record to 27-0, at the Mountaineer Casino Racetrack and Resort, in Chester, West Virginia.

Shortly after this, Spadafora had a sparring session with WBC World Super Featherweight champion Floyd “Money” Mayweather, Jr, 20-0. Then trainer Jesse Reid insisted on them going not three but six rounds due to the bragging of Mayweather’s father.

After three rounds, Spadafora took over, bloodying Mayweather’s nose and one eye starting to swell. Mayweather wanted out but had to stay in with “the Pittsburgh Kid“ and take an ass whipping for three more rounds. Reid had set up a camera to show the world what happened.

By 2003 Mayweather had finished his last fight at lightweight, improving to 31-0 in defending his WBC World Lightweight title.

At the same time, Spadafora was 36-0 was the IBF World Lightweight champ making his eighth defense battling to a draw with WBA Super World champion Romania’s Leonard Dorin, 21-0, out of Montreal, Canada, at Pittsburgh, PA., over 12 rounds.

Spadafora wanted a rematch, but Dorin wanted nothing to do with it. The referee that night was Rudy Battle, whom he and Spadafora would enter the Pennsylvania Hall of Fame together in October of 2021.

Two fights later, Dorin’s corner ended at the hands of Arturo Gatti.
Spadafora had his last fight as champion moving up in weight, winning 12 straight before suffering his first and only career loss to Venezuela’s Johan “El Terrible” Perez, 17-1-1, by majority decision in November of 2013. In July of 2014, he ended his career with a decision over Hector “Charro Negro” Velazquez, 55-21-3, of Mexico, at the Rivers Casino, in Pittsburgh.

Why Spadafora and Mayweather didn’t meet when both were world lightweight champions? Who knows? More than not, it was the Mayweather camp that wanted nothing to do with it. 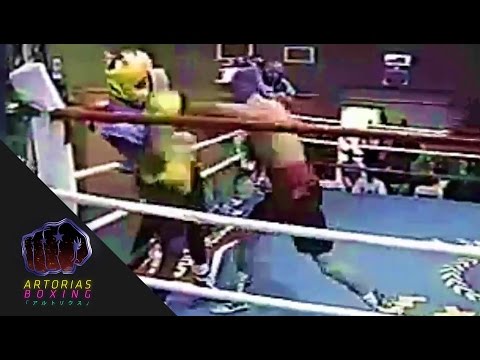