By Sam Volz: Jose Benavidez Jr is picking Terence Crawford to defeat unified welterweight champion Errol Spence Jr when those two eventually get it on for the undisputed 147-lb championship.

Benavidez Jr (27-1-1, 18 KOs) has sparred with Spence in the past, and he fought Crawford in 2018, giving him arguably the toughest fight of his professional career in a losing effort.

Benavidez Jr says he wants a rematch with Crawford because when they fought, he only had one good leg, and he wants to face him when he’s healthy.

Unfortunately, Benavidez’s lack of activity in the last four years since his loss to Crawford will ultimately work against him getting a rematch.

Despite giving Crawford a really hard fight before bowing out in the 12th, Benavidez Jr has fought just once since, battling to a questionable 10-round draw against journeyman Francisco Emanuel Torres last November.

A lot of boxing fans thought Benavidez Jr. lost that fight, as he was getting out-punched by the little-known Torres throughout the contest.

Benavidez Jr will be fighting former two-division world champion Danny Garcia (36-3, 21 KOs) in a 12-round headliner bout this Saturday, July 30th, on Showtime from the Barkley’s Center in Brooklyn, New York.

The fight will be contested at 154, which Benavidez Jr has no problems with.

“I’m trying to fight whoever they put in front of me. Who I really want to fight is Crawford. I want to take that one back,” said Jose Benavidez Jr. to Fighthype.

“I feel like I did good. There are a lot of things I could have changed in that fight, but Crawford is the best. I respect him, though. He’s a good fighter, but I’ll fight anybody. I don’t duck or dodge anyone. If I can run it back, I’ll run it back,” said Benavidez Jr.

At this point, unless Benavidez Jr gets incredibly busy with his career, defeats Danny Garcia, and captures the four titles at 154 by beating undisputed champion Jermell Charlo, it’s not realistic for him to get a rematch with Crawford.

For whatever reason, Benavidez Jr. has chosen to throw away the last four years of his career, not fighting, and he’s not a relevant fighter at 147 or 154.

“I feel like they’re [Spence & Crawford] are both good fighters, but I feel like Crawford is a tricky bastard, really tricky. I feel like he’ll take a victory. The thing with Crawford is that he breaks you down,” said Benavidez.

“You might catch him early, but he adjusts to you, and he’s just been taking everyone out. I can’t hate him on that. I respect him for that,” said Benavidez.

It’s possible that Spence will outwork Crawford and beat him on his high punch out-put and toughness.

“I’ll fight Charlo; I’ll fight whoever. The Charlos do have big mouths, so we can run and see it,” said Benavidez when asked who he wants to fight after Danny Garcia.

Charlo isn’t going to give Benavidez Jr a fight unless he earns it by beating some of the top contenders at 154 like Sebastian Fundora and Tim Tszyu.

“I’m not impressed with his skills at all,” said Jose about Jermell Charlo. “For me to say he’s the best of the best, NO, he’s not,” said Benavidez.

“It’s good that he’s [Danny Garcia] confident, but he’ll find out on Saturday,” continued Benavidez Jr. “I fought Crawford on one leg and gave him a hell of a fight. I know what I’m capable of, and I know the power I got. You better be ready.

“I’m not worried about anything he [Danny] does. Like I said, I know what I’m capable of, I know the power I have, and I know how to train. Not only that. I spar my brother [David Benavidez], the best at 168. Danny can’t do s***. 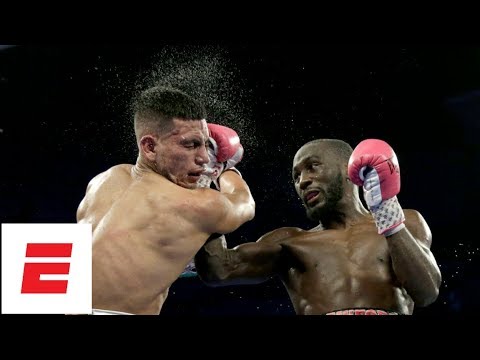 Why does Jermall Charlo want GGG instead of Canelo fight? »