Jai Opetaia could defend against Jason Whateley in next fight

By Brian Webber: Newly crowned IBF cruiserweight champion Jai Opetaia could be making his first defense of his belt against unbeaten #10 rated contender Jason Whateley rather than giving a rematch to former champion Mairis Briedis.

Although Briedis (28-2, 20 KOs) asked the 27-year-old Aussie Opetaia for a rematch in his dressing room after losing a 12-round unanimous decision last Saturday night, it appears they’re going to go in a different direction.

The 37-year-old Briedis gave up too many rounds in the first half of the contest, and he would have needed to win every round in the second half of the battle to get a draw.

Opetaia’s promoter Dean Lonergan prefers that he defends against the 31-year-old Whateley, who is from Australia and reportedly helped him with sparring to prepare for the fight against Briedis last Saturday.

It’s unclear whether IBF’s #10 ranked Whateley is a household name throughout Australia or if Lonergan is choosing him because he’s less of a threat than scheduling a rematch for Opetaia against the hard-hitting Briedis.

Opetaia suffered a broken jaw in his win over Briedis, and it reportedly needs surgery to repair. With that kind of injury, it would be an excellent idea to keep Opetaia away from hard hitters like Briedis, Yuniel Dorticos, or WBO champion Lawrence Okolie.

What Opetaia needs is a light hitter, someone that won’t re-brake his jaw and put him in danger of being sidelined for 2023.

In the amateurs, Opetaia fought Whateley frequently, so they knew each other well. Additionally, Whateley reportedly helped with sparring to get Opetaia ready for his title challenge of Briedis.

“As soon as it’s right, my preference would be that we fight in Australia against an Australian,” Lonergan said to Fox Sports. “The most obvious guy would be Jason Whateley.

“He’s up there and qualified, he’s in the top 15 in the world, he’s had ten pro fights, and he’d be a great fight for Jai, but we’ll just wait and see. It’s going to come down to what Jai wants. We’ll just talk through about what he wants and we’ll go from there.”

To be sure, there are better-known contenders in the top 15 that Opetaia can defend his IBF cruiserweight belt against, which would create more interest in his first defense. He doesn’t have to fight Whateley unless there’s worry about his jaw. 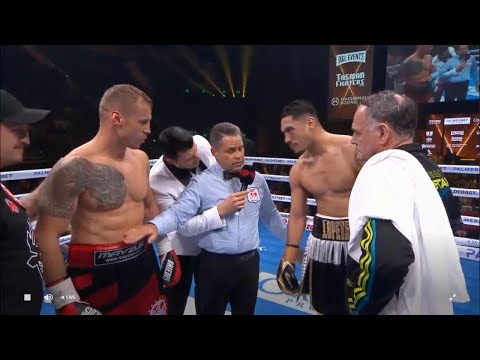 
« Frank Sanchez wants Joe Joyce: “Too slow for me”