Ryan Garcia sounding like a broken record: ‘I beat up Tank and stop him’

By Allan Fox: Ryan Garcia has repeated his mantra on Monday that he’ll “beat” Gervonta ‘Tank’ Davis when they fight at the end of the year. Fans think Ryan is desperate for a cash-out payday against Tank Davis before he gets found out by one of the contenders at 135.

To be sure, if Ryan doesn’t get the fight against Tank Davis this year, fans will expect him to start fighting better opposition instead of the weak old guys he’s been fighting.

With Ryan ONLY talking about the Tank Davis fight, it’s easy to see his purpose as being to name drop/clout chase to artificially bring attention to his July 16th match-up against the 33-year-old Fortuna, who fans are NOT interested in seeing.

Whatever interest was in seeing Ryan face Fortuna went out the window last July when Joseph ‘Jojo’ Diaz Jr. easily defeated the former WBA super featherweight champion by a 12-round unanimous decision in the main event on a DAZN card.

For Ryan to be fighting Fortuna now AFTER his loss to Jojo Diaz makes him look like he’s only interested in picking up leftovers. It’s a baffling move on Ryan’s part because he will not get credit for beating Fortuna, even if he knocks him out, which he probably won’t.

To knock out Fortuna, Ryan must put his chin on the line. As we saw in his recent clash against the light-hitting fringe contender Emmanuel Tagoe, he’s not willing to take risks to get a knockout after his bad experience getting dropped by Luke Campbell in 2021.

“I’m confident that I beat up ‘Tank’ and stop him,” Ryan Garcia said to The DAZN Boxing Show.“I have seen a lot of things in that fight where I wouldn’t make the same mistakes that Rolly [Romero] did.

“Rolly doesn’t have that much experience. He’s only been fighting since he was 17, and you could see that his emotions got to him,” Ryan said.

Without Ryan fighting anyone good enough to make boxing fans believe his bold talk about Tank Davis, people think he’s just trying to name-drop to pump up interest in his fight against Fortuna. No one is interested in that poor match-up.

That bout makes about as much sense as welterweight Vergil Ortiz Jr’ fight against Michael McKinson.

“I was already confident before, but after being asked if I’m more confident, then I’ll say yes,” said Ryan. “I’m not just talking the talk. I actually do want to fight Gervonta Davis.

“I’m not just saying this for clout. I really want to fight Gervonta, and I’m open to it,” said Ryan. 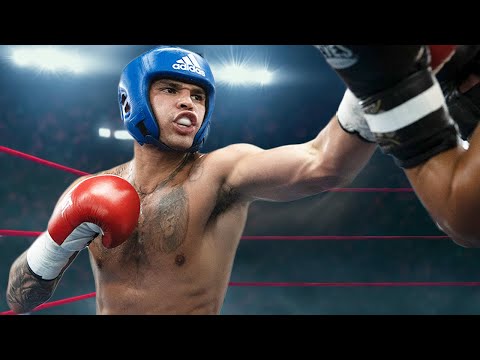 
« VIDEO: A look back at David Tua