By Charles Brun: Newly hired trainer Robert Garcia predictably was not enthused to hear Tyson Fury’s offer to train Anthony Joshua for his rematch with Oleksandr Usyk on August 20th.

Robert points out that WBC heavyweight champion Fury has never trained anyone before and that fighters that have accomplished a lot in their careers don’t want to spend time in training camps as a trainer.

Fury wants to help Joshua because he feels he can increase the chances of getting a big-money clash against him.

You can argue that Fury is better qualified for the job to train Joshua than Robert Garcia for the rematch with Usyk, given that he’s an actual heavyweight.

Garcia has never trained a heavyweight before and has worked chiefly with smaller fighters.

Moreover, Fury would be less beholden to Joshua because he wouldn’t be afraid to get fired by telling him things he doesn’t want to hear. With Fury being a millionaire, he wouldn’t hold back in giving Joshua the straight talk about his flaws and would push him to the limit.

If Joshua loses the rematch with Usyk on August 20th, he can forget a fight with Fury, as his career will be essentially over. That would be Joshua’s third defeat in his last five fights, putting him in Derek Chisora’s journeyman territory.

“It doesn’t necessarily need to be a fight where he has to fight on the inside or back him up. Anthony has a long jab, a great straight jab with a 1-2, so we can also win the fight like that if he does it the right way.

“If he does things right, I have no doubt that he’s going to become a third-time champion of the world. We can’t just be planning for one way because one round may change everything. We may need to change the game plan and do the opposite.

“Fury is a great athlete, but I don’t think he’s ever trained anybody before,” said Robert in reacting to Tyson Fury saying he’ll train Joshua to defeat Usyk.

“Mayweather has also said stuff about training other fighters, but I really don’t see Mayweather as a trainer. They see things and think they might be able to do it, but it’s hard work to be a trainer.

“It takes a lot of dedication, especially those types of fighters that have already accomplished so much. I don’t think they’ll spend a training camp with a fighter,” said Robert about Joshua. 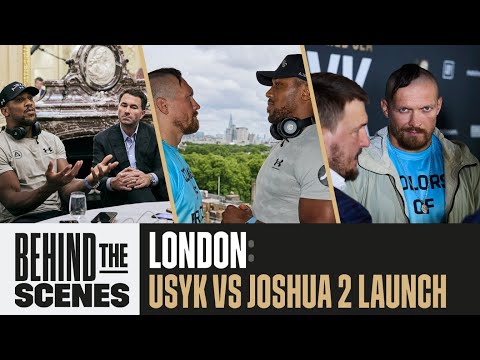