The 31-year-old Taylor (19-0, 13 KOs) had planned recently to move up to 147 in search of bigger & better things against champions Terence Crawford and Errol Spence Jr, but he says he wants to stay at 140 and give Catterall a rematch.

Taylor received a massive backlash over his controversial 12-round split decision win over previously Catterall (26-1, 13 KOs) in their fight earlier this year on February 26th in Glasgow, Scotland.

Many boxing fans had the 28-year-old Catterall winning that fight, and it was close enough to argue that there arguably should have been a rematch ordered. The judges scored 114-111, 113-112 for Taylor, and 113-112 for Catterall.

By giving Catterall a rematch, the 2012 Olympian Taylor says he wants to shut the mouths of the fans that have been complaining about the decision from his fight in February against Jack.

“I want to shut everyone up,” Josh Taylor said to The National. “The only reason I’m staying at the weight is I want to fight Catterall again.

“I don’t think it was the wrong decision, but I want to shut everyone up. I want to prove that was an off night for me and that I’m one of the best fighters on the planet,” said Taylor.

It’s still premature for Taylor to be talking about fighting Catterall again, as he’s got to deal with his dangerous #1 WBC mandatory Jose Zepeda (35-2, 27 KOs) in his next defense.

On paper, Zepeda is a far more risky fight for Taylor than the lighter-hitting Catterall. Zepeda is a huge puncher and capable of knocking out Taylor, especially if he’s drained at the weight.

This guy could prove to be every bit as tricky for Taylor as Regis Prograis did in their clash in October 2019, and that was a fight in which Josh squeaked by with a narrow 12-round majority decision.

If not for Prograis giving away so many early rounds by choosing to fight Taylor on the inside, he would have won because he was the far better man from the outside. Prograis exposed Taylor’s outside game being his weakness.

Assuming Taylor defeats Zepeda, the plan is for him to give Catterall his rematch later this year and then move up to 147 in 2023.

“It would have been Jack before Zepeda if it could have been worked out without the boxing politics and mandatories getting in the way. I’d rather be fighting Jack next, but Zepeda is a big fight,” said Taylor.

Catterall should be happy that he will get his rematch, but it’s way too early to know if Taylor will still own his IBF, WBC & WBO 140-lb titles at that point. If Zepeda beats Taylor, which is highly possible, it will take a lot of the interest out of the Catterall rematch. 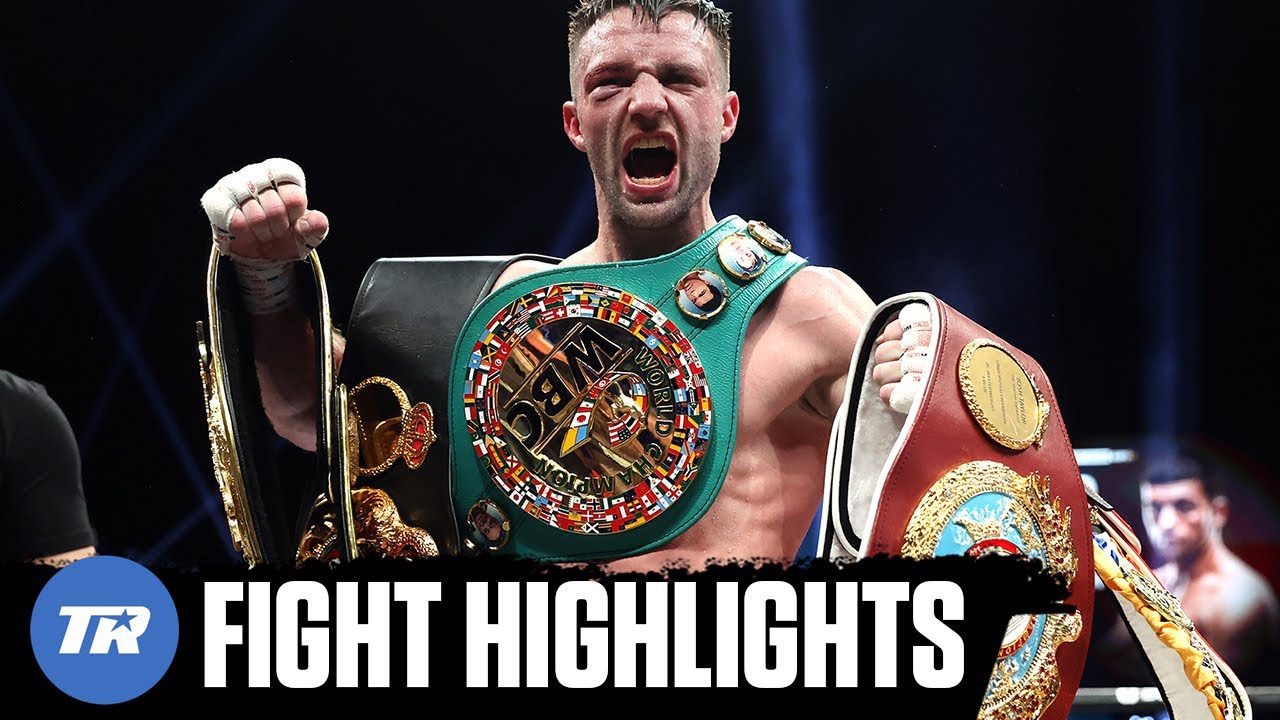 
« Yarde: “Beterbiev is going to come to London”