By Craig Daly: Jaime Munguia will be fighting this Saturday, June 11th, against #8 WBO middleweight contender Jimmy ‘Kilrain’ Kelly in a 12-round fight in the 168-lb division live on DAZN at the Honda Center in Anaheim, California.

Unfortunately for DAZN, Golden Boy Promotions, and former WBO junior middleweight champion Munguia (39-0, 31 KOs), the interest in this fight from the boxing public has been scant, as the fans view this as yet another mismatch involving Jaime.

In hindsight, DAZN should have refused to put on the Munguia vs. Kelly fight because it’s yet another poor one involving the former WBO 154lb champion, who has failed to progress since moving up to 160 three years ago in 2019.

Many boxing fans believe Golden Boy is protecting the 25-year-old Munguia from the killers in the 160-lb division, trying to keep him unbeaten long enough to get a big-money cash-out fight against Canelo Alvarez or Gennadiy Golovkin.

Golden Boy can forget about Canelo ever entertaining a fight against Munguia because there’s too much baggage from when the Mexican star fought under their banner, and he’s not going to do the company any favors by giving their arguably protected fighter a big payday that he hasn’t earned.

Munguia’s opponent, 29-year-old little known Jimmy Kelly (26-2, 10 KOs), is a ten-year professional from England who has stepped it up twice in his career and been beaten in defeats against Liam Smith and Dennis Hogan. Kelly lost to Hogan by a lopsided 12-round unanimous decision.

Munguia is ranked #1 WBO, #2 WBA, #2 WBC, and #8 IBF. With Munguia’s high ranking at 160, he’s already had opportunities to challenge for a world title at middleweight against Jermall Charlo and Demetrius Andrade, which he’s chosen not to take.

As I mentioned earlier, it’s believed that Munguia is being angled for money fights against Canelo or Golovkin. Fighting for a world title is secondary for Munguia.

The real goal appears to be a money fight against one of those two stars. IBF/WBA middleweight champion Golovkin (42-1-1, 37 KOs) is Munguia’s best and perhaps only bet for a money fight at this point, given that Canelo is never going to fight him.

However, it’s unclear whether Golovkin will continue his career beyond his trilogy fight against Canelo on September 17th. Golovkin will make a lot of money for the third fight with Canelo, and he might not wish to continue if he loses.

For the 40-year-old Golovkin to go from fighting Canelo to facing Munguia for much less money, he might not feel it’s worth it.

Jimmy Kelly has a three-fight winning streak against these fighters: Kamat Islam, Harry Matthews (16-49-3), and Miguel Aguilar (11-57-1) in the last three years.

As you can see by the dreadfully poor records of Matthews and Aguilar, Kelly’s promoters haven’t exactly been throwing him in the deep end lately. 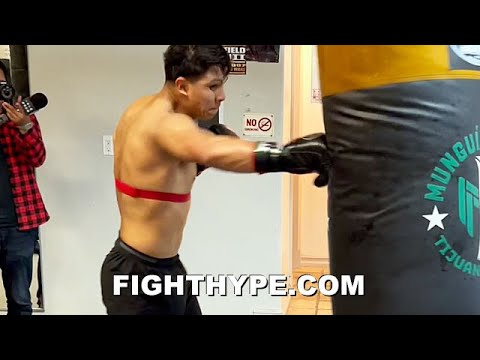 
« Tim Tszyu wants to punch Jermell Charlo in the face