Golovkin not sure why Canelo is angry with him

By Craig Daly: Gennadiy Golovkin is in the dark about why Canelo Alvarez is so angry in the promotion of their trilogy match on September 17th, but he suspects that it’s a reaction to his loss to Dmitry Bivol.

Golovkin feels that Canelo (57-2-2, 39 KOs) is deflecting attention away from the defeat he suffered at the hands of WBA light heavyweight champion Bivol (20-0, 11 KOs) in his last fight on May 7th.

It was a humiliating experience for Canelo, which he appears to be trying to get fans to block out by displaying anger towards his old nemesis Golovkin.

“I can’t speak for him. Perhaps he needs to motivate himself after his loss,” said Gennadiy Golovkin to Fight Hub TV when asked why Canelo Alvarez is so angry with him. “To me, it’s not personal, and it’s just another fight,” said Golovkin.

GGG is pretty much useless in promoting his trilogy match with Canelo, and he’s arguably hurting the efforts to attract attention in the fight by his decision to use an interpreter at all times.

Golovkin lives in Los Angeles and has been in the U.S for a decade now. Promoter Eddie Hearn should have insisted that Golovkin NOT use an interpreter for the promotion of this fight.

What’s obvious is that without Golovkin’s former trainer, Abel Sanchez doing the talking for him, he’s completely lost and has nothing to say to promote his fights, what a mistake for Golovkin to change trainers from Sanchez to Johnathon Banks, as he’s not able to build interest the way Abel did.

Canelo should have no problems beating Golovkin on September 17th, as long as he’s injury-free and not dealing with mental issues from his recent loss to Bivol.

Golovkin looked terrible in his recent win against paper champion Ryota Murata last April and was almost dropped by the Japanese star after taking some hard body shots.

No one doubts that it’s not “personal” for Golovkin, as many boxing fans view him as just there for the payday. The 40-year-old Golovkin has been taking tune-ups for the last four years, waiting for his chance for another Canelo fight.

Sadly, Golovkin stopped taking risks,  waiting for his trilogy payday against Canelo, and now he’s got it. Fans view Golovkin as a faded old looking for a cash-out against Canelo before hanging up his gloves soon.

“There are pros and cons, but it’s hard for me to evaluate them right now because it’ll be my first time going to 168. I will train, and the fight will show,” Golovkin continued.

“I’m a boxer above everything, and if there’s an opportunity to unify belts, I will certainly consider that opportunity,” said Golovkin when asked if he’d entertain fighting David Benavidez or Jermall Charlo at 168.

“If there’s an opportunity to meet those boxers [Benavidez & Charlo] in the ring, I will give very serious consideration,” said Golovkin.

It’s doubtful Golovkin will entertain a fight against David Benavidez or Jermall Charlo at this point.

Win or lose on September 17th, Golovkin will almost surely steer clear of Charlo and Benavidez, even though he could make good money fighting them.

Instead of Golovkin fighting those guys, we’ll likely see him go in the direction of Chris Eubank Jr, Jamie Munguia, or Caleb Plant. 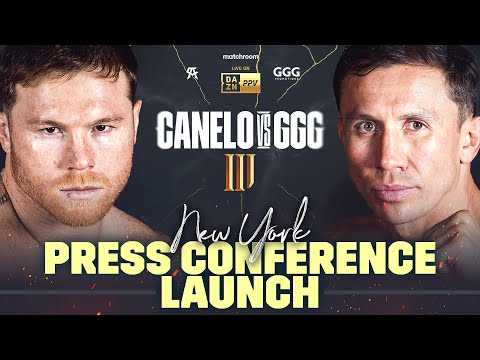