Historic Showdown Will Take Place Saturday, June 4, in Prime Time, LIVE on ESPN, ESPN Deportes and ESPN+ – The main card is set to get underway at 10 a.m. AEST / 8 p.m. ET 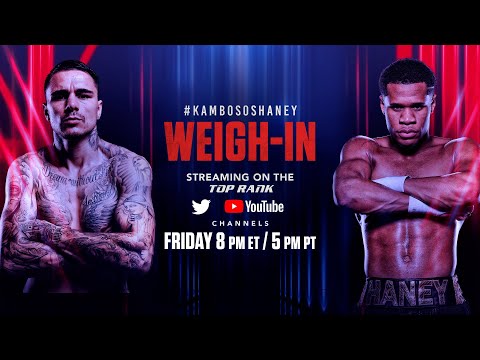 Kambosos, who was born and raised in Sydney, returns to the friendly Down Under confines for the most significant boxing match in Australian history.

Event organizers hope to break the Australian attendance record of 51,026 set by the 2017 Manny Pacquiao vs. Jeff Horn super fight in Brisbane. Kambosos is of Greek descent, and Melbourne has the world’s largest Greek population outside of Greece.

“After five years of chasing championship glory abroad and fighting in enemy territory, I return home to defend what I have conquered in the boxing world, my world lightweight titles.

Everything I have put my mind to and manifested has come true with my relentless hard work, dedication and discipline to the sport I love.

I have always said I would become world champion the hard way, fighting abroad and then bring back a mega stadium fight to make my world title defense.

On June 4 at the amazing 60,000+ seat Marvel Stadium in Melbourne, Australia, I get to do just that at home in Australia’s biggest boxing event ever, when I defend my IBF, WBO, WBA, WBC Franchise, and Ring Magazine lightweight world titles against Devin Haney, who will be putting up his version of his WBC title.

I am very excited and hungry to continue building my legacy, and I will be victorious by any means necessary on June 4 when Haney steps up into the lion’s den of Marvel Stadium against this Aussie Greek lion. I will take not only his belt but put a serious dent in his young career.” 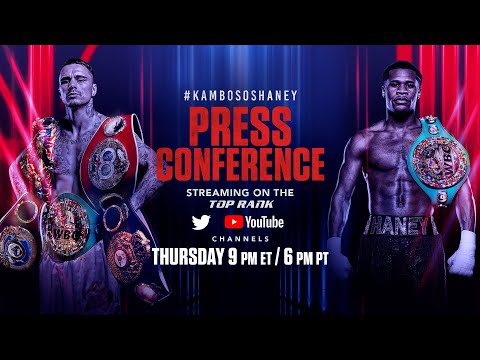 “The Emperor, George Kambosos, is a different breed. He sought out the challenge of Vasiliy Lomachenko to give the people of Australia the biggest event possible.

When the duty to the country made ‘Loma’ unavailable, George demanded the biggest event possible and greatest challenge in Devin Haney,” said Lou DiBella, President of DiBella Entertainment.

“June 4 will be epic. Credit goes to George for his unprecedented drive to greatness and to Devin Haney for being a man of his word and accepting the final lightweight unification for boxing fans worldwide.

Great appreciation to the Victorian Government for their patience and unwavering commitment to bringing this mega event to Marvel Stadium in the beautiful city of Melbourne.

As George is proud of his Greek ancestry and Australian roots, Melbourne, which has a large and vibrant Greek community, is the perfect city for this Spartan warrior to defend his belts.

Melbourne has hosted the Olympics, is home to the Australian Open, among other huge events, and Kambosos-Haney will rock Marvel Stadium.”

“Since 2017, when George and I began working together, he had expressed his desire to fight overseas in order to accomplish his goal of winning the lightweight world title,” said Peter Kahn, Kambosos’ manager.

“He said he would bring the belt, in this case, belts, back to Australia and pack a stadium for his first defense.

Five years later, that is exactly what he is doing on June 4 when he faces Devin Haney for the undisputed lightweight championship of the world in Melbourne, Australia.”

“First and foremost, I’d like to give all praise to Allah. Without him, none of this is possible. Secondly, I’d like to thank my father and trainer, Bill Haney, who is my rock, and my team and family for their support and countless sacrifices throughout this journey.

Thank you to Lou DiBella, Bob Arum and ESPN for giving us this huge platform and the opportunity of a lifetime.

I’d also like to give a special thanks to the Victorian Government and officials for hosting this event.

I began my career fighting in small bars in Mexico. Now I’m on the cusp of greatness showcasing my skills on the world’s stage fighting for lightweight supremacy.

I didn’t come this far to only come this far. Come June 4, I claim my place in history and add to my legacy! Undisputed lightweight king… I’m coming for all the belts!”

“Traveling more than 8,000 miles to Melbourne is nothing compared to the journey Team Haney has been on since Devin turned pro nearly seven years ago at a pool hall in Tijuana, Mexico,” Bill Haney said.

“I always knew Devin was destined for greatness. On June 4, he will show the Australian people, along with all the boxing fans around the world, that he is the best lightweight in the world.

Devin is the most avoided fighter in the division. For Kambosos to step up and face the challenge is commendable. Foolish, but commendable. History will soon be made.”

“We are ecstatic to be bringing the undisputed lightweight championship to the beautiful city of Melbourne,” said Bob Arum, Chairman of Top Rank.

“George Kambosos Jr. and Devin Haney demanded this fight, and it will be a historic night of boxing that will capture the attention of fans from around the world.”

“A matchup of this magnitude is destined to become the largest boxing event in Australian history, and Melbourne is undoubtedly the perfect host city with a rich history of delivering world-class and globally recognized sporting event,” said David Higgins, Founder and Managing Director of Duco Events.

“With the undisputed world championship of the lightweight division on the line, Melbourne will witness an epic battle of two incredible sportsmen at the peak of their powers.”

“This will be the biggest boxing contest of the year and will bring thousands of fans to Melbourne,” said Jaala Pulford, Victoria’s Minister for Employment.

Kambosos (20-0, 10 KOs) turned pro in 2013 and fought his first 13 bouts in Australia before embarking on a road warrior existence.

He earned his shot at the lightweight title with an October 2020 victory over British former world champion Lee Selby in London. Thirteen months later, he traveled to New York City and stunned 10-to-1 favorite Teofimo Lopez by a split decision in a 12-round barnburner to become the unified lightweight champion. 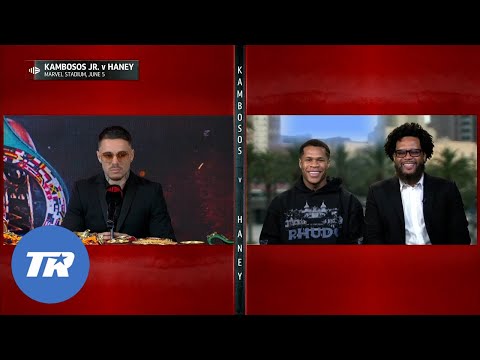 Kambosos knocked down Lopez in the opening round, survived a 10th-round knockdown, and then came back with a furious late charge in the championship rounds to cement the victory.

Kambosos won ESPN.com Upset of the Year honors for his effort, catapulted up the pound-for-pound rankings, and became an instant superstar in Australia.

Rather than take a tune-up title defense, Kambosos insisted on bringing a mega-event to his homeland. He had a dream, and he turned to a 23-year-old prodigy to bring ultimate clarity to the lightweight division.

Haney (27-0, 15 KOs), a Las Vegas resident who won seven national titles as an amateur, was pegged for superstardom upon turning pro less than a month after his 17th birthday in December 2015.

He made his U.S. debut in April 2016 on the Manny Pacquiao-Timothy Bradley III undercard in Las Vegas. Before he hit the legal U.S. drinking age, Haney ascended the ranks with one-sided victories over veteran contenders Mason Menard, Juan Carlos Burgos, and Antonio Moran.

His knockout over Moran was picked as the ESPN.com 2019 Knockout of the Year. Haney won the WBC Interim lightweight title over Zaur Abdullaev in September 2019 and was soon elevated to full champion status.

He has defended the green belt four times and has toppled former world champions in his last three outings. In 2021, Haney authored the two signature wins of his career as a Las Vegas headliner.

He outboxed three-weight kingpin Jorge Linares over 12 rounds in May and followed that up with a clear points victory over former junior lightweight champion Joseph “JoJo” Diaz Jr. in December. 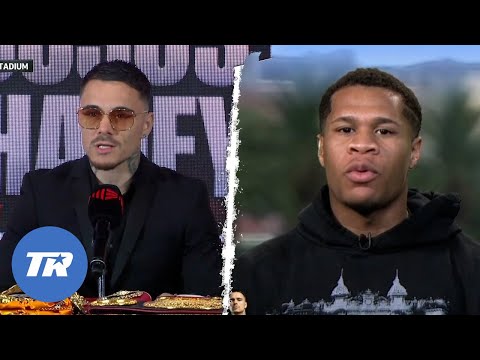 
« Errol Spence vs. Terence Crawford close to a deal for October in Las Vegas