George Kambosos on Haney rematch: “End of November, we do it again”

By Jack Tiernan: George Kambosos Jr. has confirmed that he will be using his rematch clause to force a second fight with Devin Haney at the end of November after losing to him by a 12-round unanimous decision last Saturday night in their undisputed fight.

If Kambosos (20-1, 10 KOs) is serious about forcing the rematch, he needs to talk to his promoters because a second fight with Haney (28-0,15 KOs) will be a difficult sell to the public due to how one-sided their fight was at the Marvel Stadium in Melbourne, Australia. 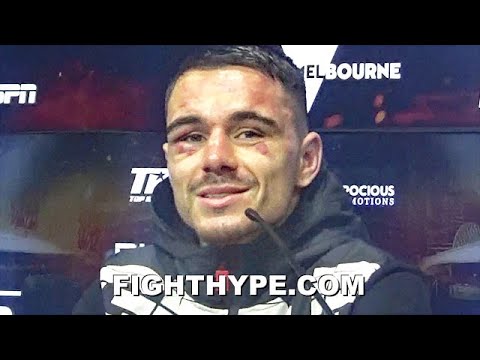 The rematch, if it happens, it’ll take place in Australis again, and the fans won’t be eager to see Kambosos fight in the same kind of numbers as we saw last Saturday against Haney.

There were reportedly over 40,000 fans in attendance for the fight. After the way Kambosos performed in a losing effort, it’s a safe bet that the attendance & viewing numbers will be considerably less for the rematch.

Kambosos seemed in a little in denial about his performance, complaining about Haney’s holding, and saying that he had him hurt several times.

“By the end of November, we’ll do it again,” said Kambosos at the post-fight press conference when asked when he’ll fight Haney again in the rematch.

“I have him the shot. No one else was going to give him the shot. There was too much politics involved for him and Lopez and Lomachenko. Let’s get it done. Let’s give the fans a great fight.

“I was sharp at points. I landed some good shots and hurt him a few times. He did hold a lot,” said Kambosos.

Unfortunately, Kambosos’ loss proved that he’s a one-hit-wonder, and there’s not much he can do about that. 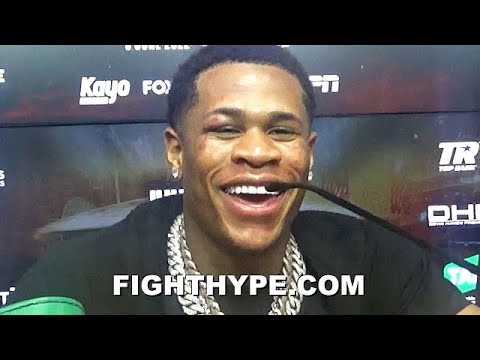 With the fight being on the dull side, Kambosos might be better off going in a different direction for his next fight, perhaps against someone like Teofimo Lopez if possible.

Kambosos vs. Teofimo II would still sell in Australia in big numbers, but you can’t say the same about a rematch with Haney. That might be box office poison. It’s not all Kambosos’ fault. Haney isn’t an exciting fighter with his Mayweather-esque style.

Haney’s fighting style is like the Mayweather that fought Carlos Baldomir and was booed, not the earlier version that was knocking everyone out when he fought at super-featherweight.

Kambosos insists: “This is not the end for me” »