Bradley says Rolly (14-0, 12 KOs) fights with too much emotion and thinks he’ll make careless mistakes that Tank (26-0, 24 KOs) will capitalize on to get him out of there by the seventh or eighth round.

What Bradley says about Rolly being overmatched would make sense if not for Tank’s recent poor showings against Isaac Cruz, Mario Barrios, Leo Santa Cruz, and Yuriorkis Gamboa, suggesting that he’s got a chance of winning.

It’s debatable whether the fight is worthy of being placed on PPV, but all of Davis’ fights are behind the pay-per-view firewall, regardless of who he faces.

That’s probably not a smart move because a lot of fans have never seen him fight, and they’re not going to want to pay.

“My assessment of Rolly is he’s extremely unpredictable at times, and he doesn’t have the best technique. We know that,” said Tim Bradley to Fighthype in analyzing the Gervonta Davis vs. Rolly Romero fight for next Saturday.

“He’s a street fighter, and he’s probably gotten better since the last time we saw him in the ring, a little better, I would think, but he has a puncher’s chance,” continued Bradley.

“When you’re fighting against Tank, you got technical aggression, controlled aggression, bro. Tank is so precise and accurate with his shots, and with the speed, power, and confidence he fights with, it’s no joke, man. The dude ain’t no joke,” said Bradley.

It sounds like Bradley has drunk the kool-aid, believing Tank is the best thing since sliced bread, but if he’s had his eyes opened during his last five fights, he’ll see that he’s badly flawed.

“I think it’ll be way too much for Romero. I think it’s going to be too much for him. He makes too many mistakes, and if you make a mistake with Tank, he will end your night, bro, real quick.

“I’m saying Tank. Romero starts tiring around seven, and I see Tank as a bit of a slow starter. He’ll play defense for a little while, and then he’ll start cranking in four, five, six, and he’ll get him out of there.

“He’ll stop him. Seven or eight, he’ll get him out of there,” Bradley said in predicting Tank Davis stops Rolly. “There’s no doubt in my mind. Yeah, it’s going to be spectacular, there’s no doubt about it.

“When you fight with emotion, you make mistakes, careless mistakes. That’s what I see from Romero. He fights with emotion, too much emotion.

“When you’re loading up and telegraphing your shots, it’s not a good thing, especially when you have a sharpshooter like Tank,” said Bradley. 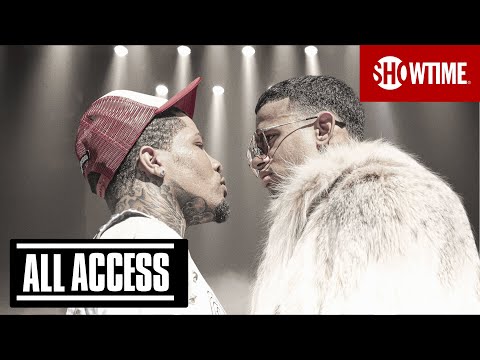 
« Rolly will be “bigger & stronger than Tank” says Rayo Valenzuela on Davis vs. Romero

Tyson “The Gypsy King” Serves A Bigger King Than He! »