By Dan Ambrose: Gervonta ‘Tank’ Davis seemed to blow a gasket mentally during Friday’s weigh-in, pulling off a risky cheapshot by shoving Rolly Romero off the stage from behind when he was in a flex pose in front of him.

The shove from WBA ‘regular’ lightweight champion Tank Davis (26-0, 24 KOs) caused the challenger Rolly (14-0, 12 KOs) to fall off the stage. Rolly appeared unhurt from the fall, but not surprisingly VERY angry about it. 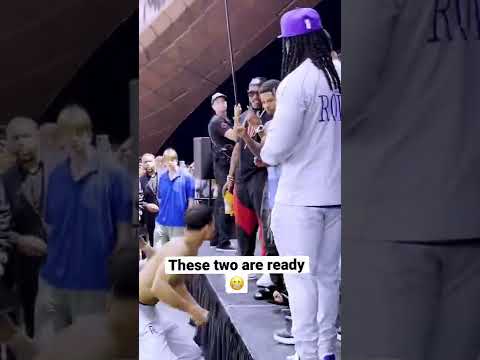 Stephen Espinoza of Showtime wasn’t sure what was behind Tank’s decision to shove Rolly off the stage ahead of their fight this Saturday night, May 28th at the Barclays Center in Brooklyn, New York.

Espinoza felt that the move by Tank was either gamesmanship or a sign that Rolly has gotten under his skin with his trash talking.

“It’s hard to interpret. Rolly has obviously been talking a lot because that’s what Rolly does, and I think a lot of it is gamesmanship, trying to get under Tank’s skin, trying to get him riled up and take him out of his head,” said Stephen Espinoza to Fight Hub TV, reacting to Gervonta shoving Rolly off the stage at the weigh-in.

“You can look at the little thing at the weigh-in one of two ways. Either he was successful and got under Tank’s skin and Tank finally boiled over or maybe Tank is trying to do some gamesmanship himself, trying to get under Rolly’s skin to give him a little bit back of what Rolly has been dishing out.

“Either way, I’m glad nothing happened. You always worry about something going south, somebody twisting an ankle or worse,” Espinoza continued. “We dodged a bullet there and now its on to Saturday night.

“I didn’t see all that, I was blocked by a bunch of people, but I’ll take your word for it,” Espinoza said when told that Tank Davis was ‘smirking’ immediately after shoving Rolly off the stage.

“If that’s the case, then it seems like it was a little more calculated than an emotional reaction, which means he was trying to get into Rolly’s head a little bit.

“I get why he was upset, whether Tank meant it or not for the fact that he sort of stumbled off stage. It’s a dangerous result. They’re both professionals. Rolly fights with a lot of emotion anyway. I think he’ll be able to manage it. These guys are pros.

“You can go back to the Mayweather-De La Hoya fight. That one was pretty famous with Floyd getting under Oscar’s skin during the whole promotion, and it did affect the fight. We’ll see on Saturday night if that’s the case with this fight.

“I saw both of them,” said Espinoza when asked if he got a chance to speak with Gervonta or Rolly after the shoving incident at the weigh-in. “Tank was relaxed and he was fine. I didn’t ask him why he did it.

“Look, there’s a lot of these little things that happened with this promotion. There’s a lot to motivate on. That’s why this fight has generated so much attention. It has a lot of heat behind it,” said Espinoza about the Tank vs. Rolly fight. 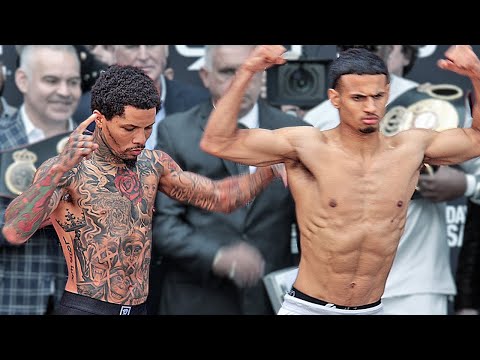