Rolly Romero on Tank Davis: “He’s scared out of his mind”

By Dan Ambrose: Rolando ‘Rolly’ Romero believes Gervonta ‘Tank’ Davis is “scared out of his mind” ahead of their fight this Saturday night at the Barclays Center in Brooklyn, New York.

He says that when Tank does talk, he has nothing to say, which is why Floyd Mayweather Jr. has been doing the talking for him over the years.

“Every time this mother f*** comes over here, he talks about everything but the f*** fight,’ said Rolly Romero to Fighthype about Tank Davis.

“He’s taking it personal. My job is to just beat the f*** out of him. So the person that’s taking it personal is him.  He’s the one over there talking all this dumb s*** that has nothing to do with the fight. It sounds personal to me. He’s very emotional,” Rolly continued about Gervonta.

It’s personal enough for Tank Davis for him to have lost his temper a number of times during the build-up to his fight with Rolly. The things that Rolly has said about Tank have gotten him worked up to where the kettle while boiling.

“He can’t sell a fight to save his f*** life. He has Floyd selling his fights. Because he has a big f*** head,” said Rolly when asked why Tank is such an easy fight for him. “It’s literally target practice, man. I’m not going to say what punch, but y’all are going to see.

“Because I’m a real person, and I’ve got a beautiful smile,” said Rolly when asked why he has so much more charisma than Tank Davis. “I feel extremely calm when I get in the ring. I just get in the Rolly mode.

“Everyone is betting on me. He doesn’t even know what to say. He doesn’t know how to react to anything,” said Rolly when asked what makes him believe that Gervonta is scared of him.

“When is the last time you’ve seen Tank this slim before a fight? He’s taking this s*** too serious because he’s scared out of his mind,” said Rolly. 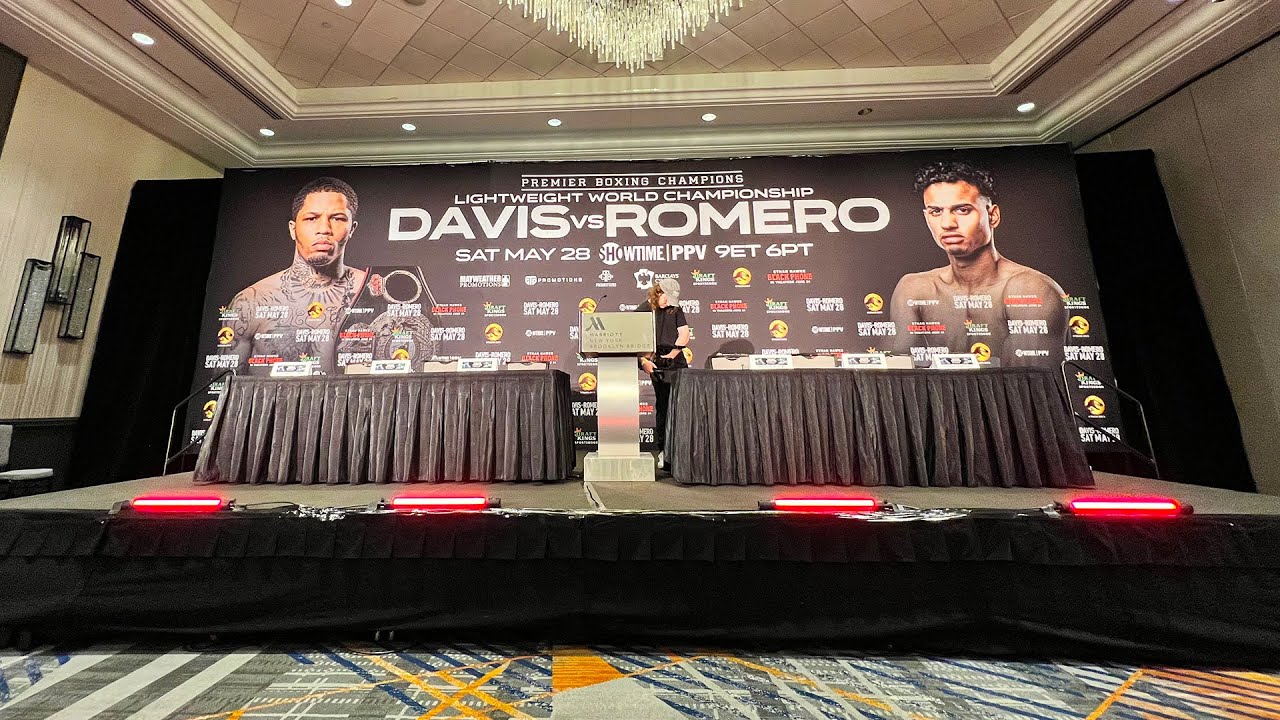