By Charles Brun: Highly ranked #4 WBC contender Frank Sanchez is poised to be one of the fighters that battle for a heavyweight strap with the World Boxing Council once champion Tyson Fury vacates or is stripped of his title.

Sanchez’s co-manager Mike Borao says Frank is in a position to either challenge for the WBC title once Fury vacates or battle for the WBO title against the winner of the July 2nd fight between Joe Joyce and Joseph Parker.

Borao believes that the current WBO heavyweight champion Oleksandr Usyk will soon vacate the title after facing Anthony Joshua in a rematch in July.

Usyk might not vacate, though, because it’s in his best interest to have all three titles to try and lure WBC belt holder Fury into fighting him for the undisputed championship later this year.

Unfortunately, Fury appears to have lost his motivation after his grueling trilogy match with Deontay Wilder, talking 24/7 about retirement and worried about getting hurt if he continues his career. That last fight against Wilder seems to have done a number on Fury’s motivation.

Although Fury says he’s a “fighting man,” Wilder may have knocked it out of him.

Thus far, Fury still hasn’t vacated his WBC belt despite his claims of retiring. Is Fury having second thoughts about walking away from the sport, or is he merely holding onto the WBC strap to help sell his exhibition bout against UFC heavyweight Francis Ngannou?

You can argue that Fury’s exhibition with Ngannou will bring in more dough if he’s still the WBC champion and hasn’t retired officially.

Once Fury makes it official with his retirement, he’ll be viewed by many fans as yesterday’s news and will fall in the Floyd Mayweather Jr. category as a guy that is just hustling mismatches against MMA fighters.

The top four contenders in the WBC’s rankings are waiting and likely wondering why Fury hasn’t already given up his belt.

“Fury is the ultimate salesman,” Mike Borao said to Sky Sports. “Who knows if Tyson really will retire?”

“Either way, I don’t think WBC will jump out and strip him immediately, so I think the Frank question regarding WBC still has time to marinate.

“The WBO route is much more likely for early 2023, in my view. One thing is for sure, Frank Sanchez is well-positioned to fight for and win a world title in 2023.”

“I really believe that ultimately Frank will fight the winner of Joyce and Parker for a vacant WBO title,” said Borao.

Sanchez, 29, will have a heck of a chance against the Joyce vs. Parker winner to snatch the WBC or WBO title.

Predictably, Sanchez will fight for the WBO title once it’s vacated, as Fury will likely hold onto his WBC belt to help peddle his exhibition match against Francis Ngannou. WBC title would be a trophy or a prop for Fury. 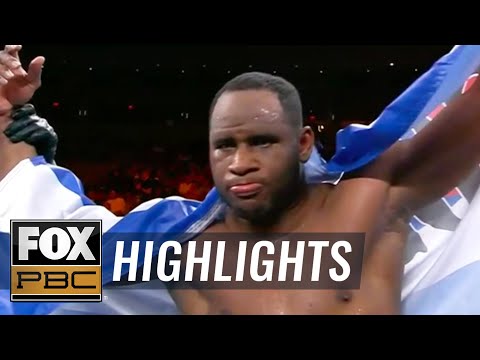