By Allan Fox: Dmitry Bivol is ready to make the most of the golden opportunity to defeat the favorite Canelo Alvarez this Saturday night at the T-Mobile Arena in Las Vegas.

WBA light heavyweight champion Bivol (19-0, 11 KOs) is a different type of fighter than Canelo (57-1-2, 39 KOs) has been facing during the last couple of years.

Bivol has good power, but he doesn’t load up on his shots the way we saw with Gennadiy Golovkin in his two fights with Canelo.  If Canelo is banking on being able to counter Bivol, he could be out of luck.

Bivol is difficult to counter because of his guard and his movement. Tim Bradley feels that Bivol will give Canelo significant problems, but he’s just concerned about him staying on the ropes. Bivol doesn’t stay on the ropes, so that will not happen.

Some fighters have criticized Bivol as having a simple one-two that he uses but throws them fast and puts his hands up to block counter shots.

The in-and-out style that Bivol uses is similar to how Shakur Stevenson fights, and it’s tough to deal with. Bivol lands his shots and then quickly backs out, making it impossible hit him unless a fighter chases.

Canelo doesn’t have the footwork to pursue Bivol, and if he tries, he’ll get hit. Bivol stops backing up when he’s being followed, and he nails his opponents with a jab or another combination.

“It’s going to be really difficult, especially the first five rounds, but we train really good. We know to get in there and throw my punches. We train for that,” said Canelo about Bivol’s size.

“You always know in the first round. You get in there and try and see the speed, the size, the power, movements, and what he does when I feint. A lot of stuff in the first round, and then you start doing your job,” said Canelo.

“I think him against Beterbiev is an incredible fight, but the thing about Beterbiev is he’s old, and he’s also a huge puncher,” said Eddie Hearn to iFL TV about his thoughts on Canelo Alvarez vs. Artur Beterbiev.

“You saw him go down against Callum Johnson,” Hearn said about Beterbiev. “Dmitry Bivol is fresh, never been down on the canvas, never been close to defeat. He boxed Joe Smith and beat him easily. He’s another world champion.

“He boxed Jean Pascal a few years ago when he was in his prime really or the backend of his prime. It was an easy fight,” Hearn said about Bivol. “It’s all about how good Dmitry Bivol is because if you’re not a pound-for-pound great, you’re not going to beat Canelo Alvarez.

“We’ll see, but I do believe we’ll get a thrilling fight. He steps up. You see the size of these light heavyweights against him,” Hearn said of Canelo. “He’s not a light heavyweight, but he takes these incredible challenges. He loves to do it,” said Hearn.

Bivol finally gets his opportunity

“It was a weird fight. It’s tough behind closed doors when there’s no crowd there,” said Hearn about Bivol’s fight against Craig Richards last year.

“He [Bivol] won pretty comfortably, but he took his foot off the gas, and Craig came on and put in a good performance. Dmitry won the fight in three or four rounds on most of the cards. It was solid but not spectacular.

“He’s been treading water for a long time. Before that, against Castillo, he was waiting for this opportunity. He wanted the Beterbiev unification, but he wanted to show how good he was in these types of fights.

“Like I said, a good, young, fresh, light heavyweight who could be levels above what he had to show against everybody else that he’s beaten comfortably.

“He’s a pay-per-view smash every time he fights, and this, of course, is on DAZN on the pay-per-view platform in the U.S,” Hearn said of Canelo. “I expect big numbers,” said Hearn. 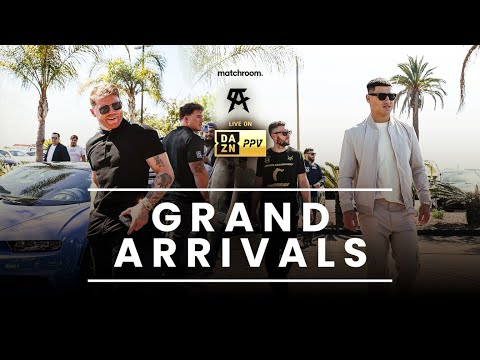 
« Bivol says Canelo is his “enemy,” he won’t respect him

Canelo says he’ll take Bivol’s jab away: “I know how” »