By Jeff Aronow: Errol Spence Jr. feels he’ll make easy work of Yordenis Ugas on April 16th if he chooses to go to war with him the way he did against Shawn Porter.

Spence (27-0, 21 KOs) says he’d like nothing better than for WBA welterweight champion Ugas (27-4, 12 KOs) to try and trade with him on April 16th on Showtime PPV at the AT&T Stadium in Arlington, Texas.

Errol doesn’t believe the 35-year-old Ugas has the ability to stand in there with him and brawl the way he did in his fight with Porter three years ago in March 2019.

Despite Ugas coming from Cuba and having seen a lot during his years there, Spence thinks he’s had it tougher in his life and will be the hungrier fighter.

Ugas is coming into the fight with Spence off the back of a huge win over Manny Pacquiao last August. The Cuban talent came in as the replacement opponent for Manny after Spence pulled out due to an eye injury.

The 42-year-old Pacquiao, who hadn’t fought in two years, looked like a shell of his former self, and he couldn’t fight hard enough to win.

“I just got to keep on winning,” said Errol Spence Jr to the Porter Way Podcast when asked what he needs to do for him to prove he’s 100% back from his car accident.

“I just got to keep winning. People are going to keep doubting, and for me, that’s more motivation than anything,” said Spence. “It’s either going to make you or break you.

“Ugas is a tough fighter. You saw when he fought Shawn. He was waving for Shawn to come in, and he was getting pumped up. So if I get the same Ugas that want to trade and fight, it could be an early knockout.

“No, that was probably the worst Pacquiao I’ve seen,” Errol said when asked if Ugas’ fight against Manny Pacquiao was the best version of Ugas he’d seen. “A lot of people aren’t looking at it from the perspective of Pacquiao.

“We’ve seen Pacquiao throw five, six, seven combinations and don’t get tired and gas out, just an explosive, powerful puncher jumping in and out. He didn’t do none of that when he fought Ugas.

“He was basically a shell of himself. God bless his heart then,” said Errol when told that Ugas is going to want to go to war. “If you can outpoint me and beat me, I’m going to make it a dog fight and we’re going to go to war.

“So if I can beat you and outpoint you, that what I’m going to do. I feel like he accomplished his American dream and isn’t as hungry as he was. We’ll see.

“Definitely, definitely,” said Spence when asked if he’s the hungrier fighter than Ugas because of what he’s been through with his life,” said Spence.

“I’m fine [financially] but I’m not selfish. It’s about my kids, it’s about generational wealth, it’s about my mother, my father, my niece, my nephews,” said Spence.

“It looks like two fights,” said Spence when asked how many fights he plans for 2022. “I already told them what I want [Terence Crawford]. It’s easy for me to make this weight. I’m older now, I’m not young like I used to be, and losing eight pounds in a day is not easy.

“I told them this [Crawford] is the fight I want, and after that, I’m moving up. It’s two more fights, Ugas and Terence and then it’s over for me. I’m going up,” said Spence.

Crawford is talking about moving up to 154 as well, so it might not be as much of a big deal as Spence thinks about him needing to fight the Nebraska native this year.

“My coach the whole training camp was training to box, keep turning, do all this and that,” said Spence on what his approach was for his fight against Shawn Porter in 2019.

“So, I was like whoever is going to go down first and get their will broken first, it is what it is going to be,” said Spence.

“I was prepared to go out and show ‘The Truth’ that I was better than what everybody out there was saying I was and that I could fight this dude in a way that nobody expected me to fight him,” said Shawn Porter about his fight against Spence.

“I remember the round before he landed a punch that caused me to put my glove on the canvas to catch myself, I was thinking to myself, somebody has got to get a knockdown because this is going to be a draw.

“A round after is when he caught me with a great shot, and I was pissed because I was determined because I was on the wrong side of that. That’s why I looked at Errol and said, ‘Let’s go.’ I wanted to let you know that I was cool. Don’t come running up on me because I’m cool.

It would have been better if Spence had chosen to box Porter because he made that fight a lot harder than it should have been. Spence fought Porter’s fight, and wound up barely winning by a 12 round split decision.

It’s unclear what Spence’s game plan will be for the Ugas fight, but it wouldn’t be surprising if it’s the same one that he used for the Porter contest. If Spence tries to box Ugas, he’ll be playing into his hands, making the fight more competitive than it otherwise would be. 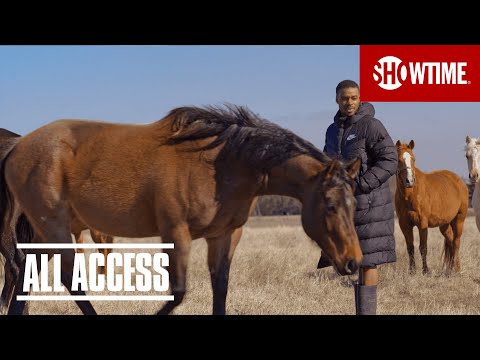